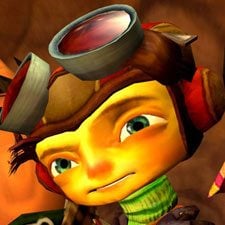 The story of Psychonauts is the stuff of video game legend. It’s the tale of a game that almost didn’t get made — thanks to one publisher dropping out — and managed to failed to sell when it initially launched, despite near-universal critical praise (because its new publisher utterly failed to properly promote). Since then, the game’s become a cult classic and fans have been clamoring for a sequel from developer Tim Schafer. Now, after a particularly big week, it looks like Schafer might get to make the sequel with some help from Minecraft creator Markus “Notch” Persson.

Schafer recently gave an interview to Rock Paper Shotgun where he talked about how he’d pitched Psychonauts 2, but no publisher seemed willing to touch it with a ten foot pole. “I’d have to convince someone to just give me a few million dollars,” he stated. “That’s all.”

Notch, apparently, read this and tweeted at Schafer: “Let’s make Psychonauts 2 happen.” He followed this up with “I’m serious.”

Schafer was uncharacteristically quiet, though he did note that he did acknowledge Persson’s offer. After that, though, things got interesting.

Double Fine proceeded to launch a Kickstarter campaign to make a new point and click adventure game. It sought to raise $300,000 for development and another $100,000 for documentary team 2 Player Productions to record the game’s progress.

Within 24, more than $1 million had been pledged.

Despite all of this excitement around a classic point’n’click style project, Schafer did take time to say on his Twitter that conversations were proceeding about Psychonauts 2: “If you’re wondering about Notch’s generous offer to help Psychonauts 2 happen, all I can say is that we are having a lovely chat about it … These things take time to figure out–if they can be figured out–so please don’t expect any Psychonauts 2 announcements any time soon.”