Earlier in the week, Mojang launched their Realms service for Minecraft. For $13 a month, Realms allows players to host their own Minecraft server which 20 players can visit and play within. Currently, Realms is only for PC gamers, but Mojang has revealed plans for Realms to come to both Mac and Pocket Edition players in the future.

Hosts of a Realm (the subscriber) have complete control over who can join the server as well as the ability to add and remove players from the guest list. Frequent server-wide backups ensure that the host can easily revert the realm back to an earlier state if something goes wrong. Mods and texture packs are not yet supported, but Mojang plans to add them in the coming months.

Mojang also revealed plans to have Minecraft on the PlayStation Vita and PlayStation 4 by the end of the year.

“They probably won’t be released simultaneously,” Mojang’s Owen Hill explained to Polygon. “We’re going to release on each format as soon as it’s ready.”

Rumors of a Wii U version circulated the internet recently, which Notch shot down as soon as he caught wind of it. An Xbox One version of Minecraft is expected in the near future, and Walmart is already jumping the gun, sticking a $59.96 price tag on the game.

In other news, Denmark’s government has recreated the entire country in Minecraft. On a 1:1 scale ratio map, players can explore the wilderness and cities of Denmark, completely in Minecraft. 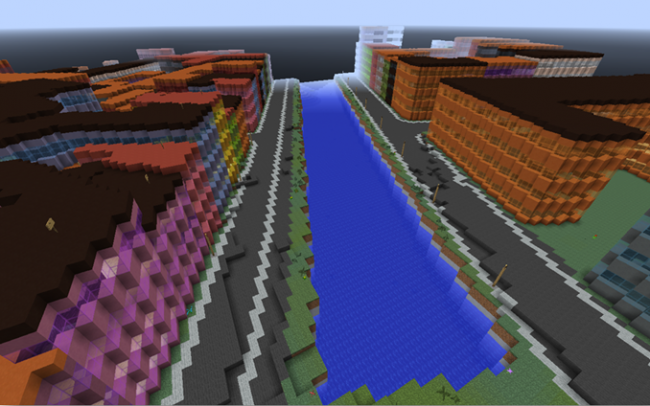 Assembled by two employees at the Danish Geodata Agency, the replica map features Danish landmarks and urban centres. The duo decided to tackle the project together for educational reasons, after one of them observed their child playing the game.

The map is freely available, and the government of Denmark is encouraging schools to utilize it for educational purposes.

This Week in China: Want to know how much Chinese game developers make?