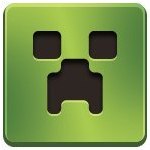 We all know that Mojang’s Minecraft is crazy popular. How crazy? Well, Markus Persson (better known as Notch to many) announced that the game now has 20 million registered users. In medical terms, that’s somewhere between “straightjacket” and “lobotomy” levels of crazy.

On Saturday, Persson tweeted, “Minecraft now has 20 million registered users. At 70 kg each, that’s 25% of the weight of the Great Pyramid of Giza.”

Of course, that many users means that the game has generated a lot of money, too. The game costs $27 right now, though not every player who registers goes on to buy it. When Minecraft was still in beta, it only cost $20, so that means the game’s worth somewhere between $400 and $540 million.

This amount doesn’t take Minecraft — Pocket Edition into account, either. That game goes for $6.99 a pop and has been reportedly selling like hotcakes, though I’m not entirely sure what that works out to in terms of architectural structure weight.

ZeptoLab promises even bigger year for Cut the Rope, hints at more merchandising and expanded platforms