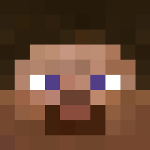 If you haven’t been living under a pixelated block these past few years, then chances are good you’re familiar with Minecraft. The game has taken the world by storm, and inspired players far and wide to construct massive, elaborate constructions out of humble squares. To that end, the mobile version, Minecraft: Pocket Edition, just surpassed the 10 million sales mark, and Mojang has announced plans to update the game with a flurry of new content.

Mojang hasn’t unveiled all of these updates just yet, but one thing we do know is that soon enough players won’t have to exit to the main menu to tinker with settings. Also, buckets are coming! Everybody loves buckets.

Now, back to the mysterious, unannounced stuff. Mojang plans on experimenting with a few new features on higher-end mobile devices, and once they’ve been tested enough, the studio will roll them out. It’s probably fair to say that none of these features will be as cool as BUCKETS, but then again what is?

Lastly, Mojang is still hard at work on Minecraft Realms, a cloud service that lets people play the game in private, controlled servers. Realms is an especially interesting venture, because Mojang CEO Carl Manneh believes that it will bring in as much — if not more — revenue than the game itself. At a certain point, aren’t they just going to have all the money in the world ever?