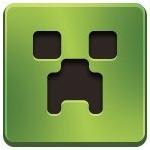 After being announced many moons ago, Minecraft has finally arrived on the eminently programmable Raspberry Pi. But before all you Pi owners get too excited, you should probably know that it costs the extravagant amount of… free!

For those unfamiliar, the Raspberry Pi is a tiny computer capable of performing simple tasks like playing games, playing high-definition video, and word processing. It retails for between $25-$35, and was created with the goal of making programming a more accessible hobby to children all over the world.

And in the spirit of teaching programming, Minecraft: Pi Edition will support several programming languages, and allow players to tinker with the code in whatever way they see fit. As someone who doesn’t own a Pi nor have any programming skills to speak of (these problems go hand in hand), my one true hope is that this leads to a sudden influx of YouTube videos showcasing interesting alterations made to Minecraft.

Well, that and a bunch of kids buffing up their programming skills. I’m certainly rooting for that, too.

Real Racing 3 will be free(mium) as a bird