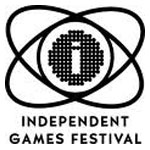 The 3D sandbox title Minecraft and the horror adventure game Amnesia: The Dark Descent were part of a diverse set of award-winners in the 13th annual Independent Games Festival in San Francisco. Minecraft took home the grand prize for Best Independent Game, as well as the community-voted Audience Award, while Amnesia took home awards for Technical Excellence and Excellence in Audio, as well as the Direct2Drive-sponsored Vision Award. Keep reading for the complete list of award-winners.

Other winners included developer Messhof, who received the $5,000 Nuovo Award (which honors abstract, shortform, and unconventional game development that “advances the medium and the way we think about games”) for his two-player art game, Nidhogg.

Finally, the award for the Best Student Game went to the Myst-like abstract adventure game FRACT, from the University of Montreal, and Best Mobile Game was awarded to Ratloop’s unique ‘line of sight’ puzzler Helsing’s Fire.

Past Independent Games Festival winners have included Braid, Limbo, Audiosurf, Castle Crashers, and World of Goo, and this year’s awards saw more than 650 total competition entries from all over the world.

Excellence in Audio ($2,500)
Amnesia: The Dark Descent, by Frictional Games

FRACT, by University of Montreal