Home / News / Might & Magic Clash of Heroes setting a course for iOS, Android

Might & Magic Clash of Heroes setting a course for iOS, Android 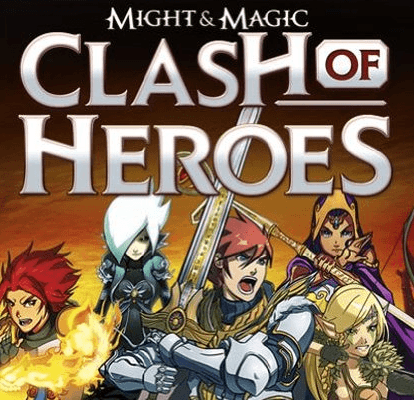 Capybara Games’ Might & Magic Clash of Heroes has led a very exciting life. It was born on the Nintendo DS back in December 2009, where it was met with positive reviews and adoring fans. In 2011, it underwent the HD treatment and showed up on 360, PS3, and PC. Now, clearly pining for its youthful days spent on a handheld, the puzzle role-playing game is making its way to iOS on January 24 and Android not long after.

Although it’s usually understandable for people to be wary about a game being ported to iOS and Android, there’s no reason for that here. Might & Magic Clash of Heroes has already proven itself capable of functioning on a touch-screen interface, and Capybara has a pretty incredible mobile pedigree, with hits like Superbrothers: Sword & Sworcery EP and Critter Crunch under their belt. I suppose what I’m trying to say here is that you guys need to stop with the worrying and make with the excitement – especially if you have a fondness for match-3 gameplay.

Which isn’t to say Might & Magic Clash of Heroes is strictly a match-3 game. It’s something of a video game mutt, featuring elements plucked from genres far and wide. And from the sounds of it, none of that will be lost in the shuffle when the game arrives on smartphones and tablets. There will still be local and online multiplayer, gorgeous visuals, and sundry hero and creature types to do combat with.

While I wish I could tell you that all of this goodness will be free and that there are keys to a Prius under your seat, the game will actually set you back $4.99. And the keys? Those are probably yours. Quit dropping them.