Home / News / Midnight Castle is coming to the iPad tomorrow 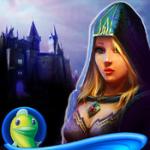 Love Midnight Castle, but wish you could take it on the go? Good news, Big Fishers – Big Fish Games has just confirmed with Gamezebo that their popular free-to-play hidden object game is heading to the iPad this Thursday.

It’s an interesting twist, when you think about it. Previous free-to-play titles from Big Fish, like Found and Dark Manor, have started life on iOS, only to make their way to the main site later, after they’ve had some time to prove themselves. With Midnight Castle, they’ve turned that formula on its head. And it seems to be working, too: a Big Fish Games representative told us that the game’s PC players are averaging 70 minutes in game per day.

And if it counts for anything, we liked it quite a bit too.

To celebrate the launch, they’ll be giving away an iPad Mini on Midnight Castle‘s Facebook page. The sweepstakes opens tonight at midnight, and closes in one week, on March 26. For more details, be sure to visit facebook.com/midnightcastle after the clock strikes 12 tonight.

Could Amazon’s game machine be a dongle made for streaming?