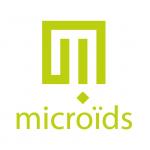 Anuman Interactive and developer Microids have announced today that they have struck a new deal to make adventure games based on the popular mystery novels and short stories by renowned author Agatha Christie. This news comes hot on the heels of Microids’ latest release of the fantastic Dracula 4: The Shadow of the Dragon earlier this summer, which happened to fare pretty well around these parts, and so we couldn’t be more excited to see what they have in store when working with some of the most iconic narratives and detective characters around.

Now while we’ve already played and enjoyed a few games based on the popular worlds that Agatha Christie has created, such as And Then There Were None and 4:50 from Paddington, Microids is hoping to take this solid groundwork and create some tantalizing and immersive new adventures that one would only expect from the acclaimed developer these days. Alain Milly, the Publishing Director at Anuman Interactive, has stated “Microids’ experience in adventure gaming combined with Agatha Christie’s genius whose work goes beyond all generations can only lead to new must-plays for all the mystery and investigation fans.”

All in all, author Agatha Christie left behind 66 novels, 154 short stories, and 20 plays, so Microids has more than enough material to work with in crafting some wonderful new gaming narratives full of shocking twists and turns. And while the specific title for this new Agatha Christie saga will be announced at a later date, we can confirm that at least the first game will be released for PC, Mac, iOS, and Android; and the press release does happen to mention iconic Christie detective Hercule Poirot, so maybe we have a starting point for the plot speculation to begin?

If You Build It, They Will Come: Getting to a Hit Game by Listening to Your Players