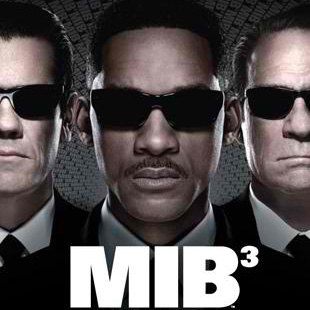 In their second movie-related announcement in less than a week, Gameloft has just confirmed that they’ve entered in a licensing agreement with Sony Pictures Consumer Products to produce a mobile game tied to the launch of the upcoming summer popcorn flick Men in Black 3.

“Gameloft is ecstatic to have the chance to team with Sony Pictures Consumer Products in working with such a successful franchise as Men in Black on theMen in Black 3mobile game,” said Karine Kaiser VP Marketing and Licensing for Gameloft. “We see this as a great opportunity to provide a new and immersive way to engage with the films’ iconic characters and distinctive universe.”

There’s no word yet on what type of game we’ll see, though it seems pretty clear that the Men in Black franchise lends itself better to an action-style game than it does something in the world of mobile social. That said, the official press release does describe it as “a mobile freemium game that will please not only the fans of the Men in Black franchise, but also all the casual players due to its ease of use and free access.” Still – that doesn’t necessarily mean social. After all, if anyone’s known for trying freemium pricing on traditional titles, it’s Gameloft.

Expect to see the Men in Black 3 game release on iOS and Android right around the time the movie hits theaters on May 25th.