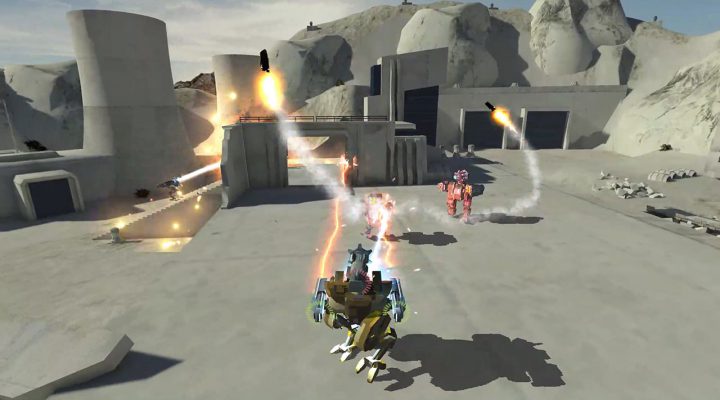 I’ve got some bad news for you: it’s almost certain that you’ll never pilot a mech. In fact, you’ll probably never even see a mech. And if you do, there’s a good chance that it’ll be the last thing you see.

That’s why we love games. They let you do stuff that you can’t – and, if you’re honest, shouldn’t – do in real life. Like pilot mechs!

Mech Battle, from developer Djinnworks, lets you do just that. Set in the year 2203, after a great war has decimated mankind and almost destroyed the planet, it sees you taking on the role of a plucky mech pilot as you compete in deadly contests for the world’s dwindling resources. 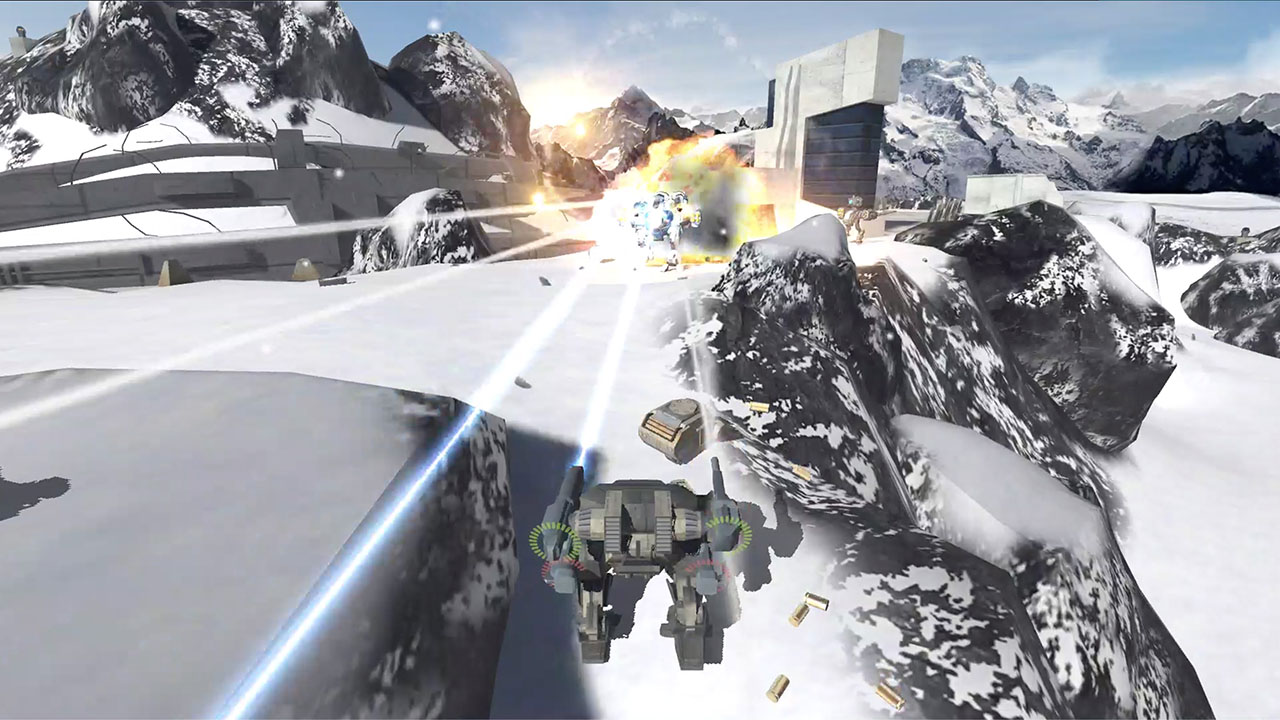 The gameplay is simple. In your first battle you face off against three opponents, but these soon expand into larger battles until you’re involved in 4vs4 online battles that take place in several different wasteland environments. This is all against human players too, and further modes – such as Domination – are unlocked as your level rises.

But Djinnworks manages to squeeze a huge amount into this basic premise of mech battling. For a start, the graphics are stunningly crisp and detailed, and you can view the action from three different perspectives – third-person, overhead, and first person.

The controls are simple but effective too. With one thumb you move around, and with the other you both fire your weapons and look around, allowing you to circle strafe your opponents into dust.

But the really detailed stuff happens off the battlefield. Every time you win a round you earn loot, and you can spend this on upgrading the various parts of your mech, buying new mech slots and mechs to fill them with, and so on.

The more mechs you have, the more chances you have on the battlefield, since you can tag in a new mech whenever one explodes. Also, needless to say, the more powerful your weapons and shields are the more chance you’ll have of surviving a round.

Not only is Mech Battle packed with weapons, mechs, and other content, but you can play it cross-platform too. So download it right now on Google Play and the App Store.

Lords Mobile Is Celebrating Thanksgiving With Updates And Giveaway