Home / News / Maybe HTML5 is the Real Deal After All?

Maybe HTML5 is the Real Deal After All? 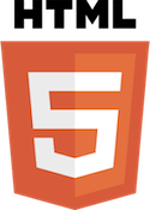 During my panel Hype vs Reality at Casual Connect this year (where panelists debate whether a game trend is hype or the real deal, watch it here), everyone on the panel proclaimed HTML5 hype. It will be big because it is write once, play everywhere, but not now.

Well, HTML5 may become big sooner than later. Techcrunch has an interesting write-up on the Game Closure, which provides technology and SDK for developers to create, host, and deploy HTML5-based cross-platform, multiplayer games, across iOS, Android, and Facebook and just quietly raised money from a big list of heavy hitters in the VC and gaming worlds

In other HTML5 news, GameSalad, a leading platform enabling anyone to create their own HTML5 games with little or no programming experience, has their first big viral hit on their hands. Angry Anna is an Angry Birds-inspired game which takes on the subject of corruption in Indian politics.

The game has been played 250,000 times in the and shared 14,000 times in Facebook in less than a week. In the game, the birds are anti-corruption heroes and the pigs are the politicians (someone should do this for the US, eh?)

250,000 is nothing compared to the world of the iPhone and Facebook. But, it’s a very impressive number for the HTML 5 platform which everyone agrees will be the next big thing in gaming but which gets little respect today.

Here is a video of a beta of Pop Star Defense created with Game Closure SDK:

To play Angry Anna in your browser, click here.