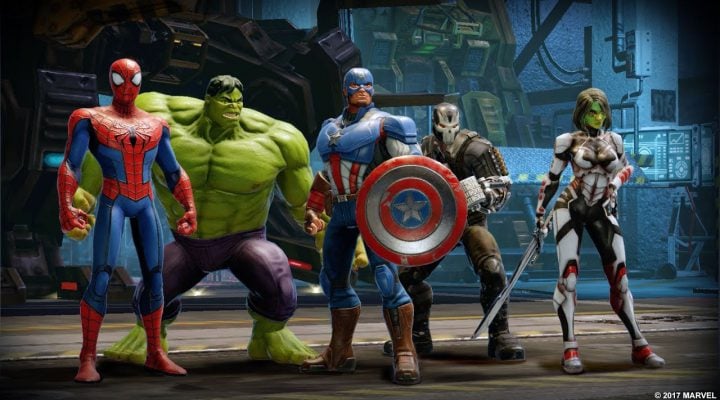 Today, DeNA revealed the first details on their upcoming mobile game, Marvel Mighty Heroes. Set to feature an “expansive” roster of both heroes and villains, Marvel Mighty Heroes is a 4-player co-op brawler that will follow a weekly, “evolving” storyline set in the Marvel Universe.

While details are scarce, in their press release DeNA described Marvel Mighty Heroes as a, “tactical battle game”, which makes it sound like what Avengers Alliance Tactics was. However, I found an image (posted below) on the game’s official website that shows what appears to be Marvel Mighty Heroes in action. It’s a bit blurry, it was a background image layered behind text, but you can clearly see the Hulk, Daredevil, Dr. Strange, and Captain Marvel fighting some henchmen. 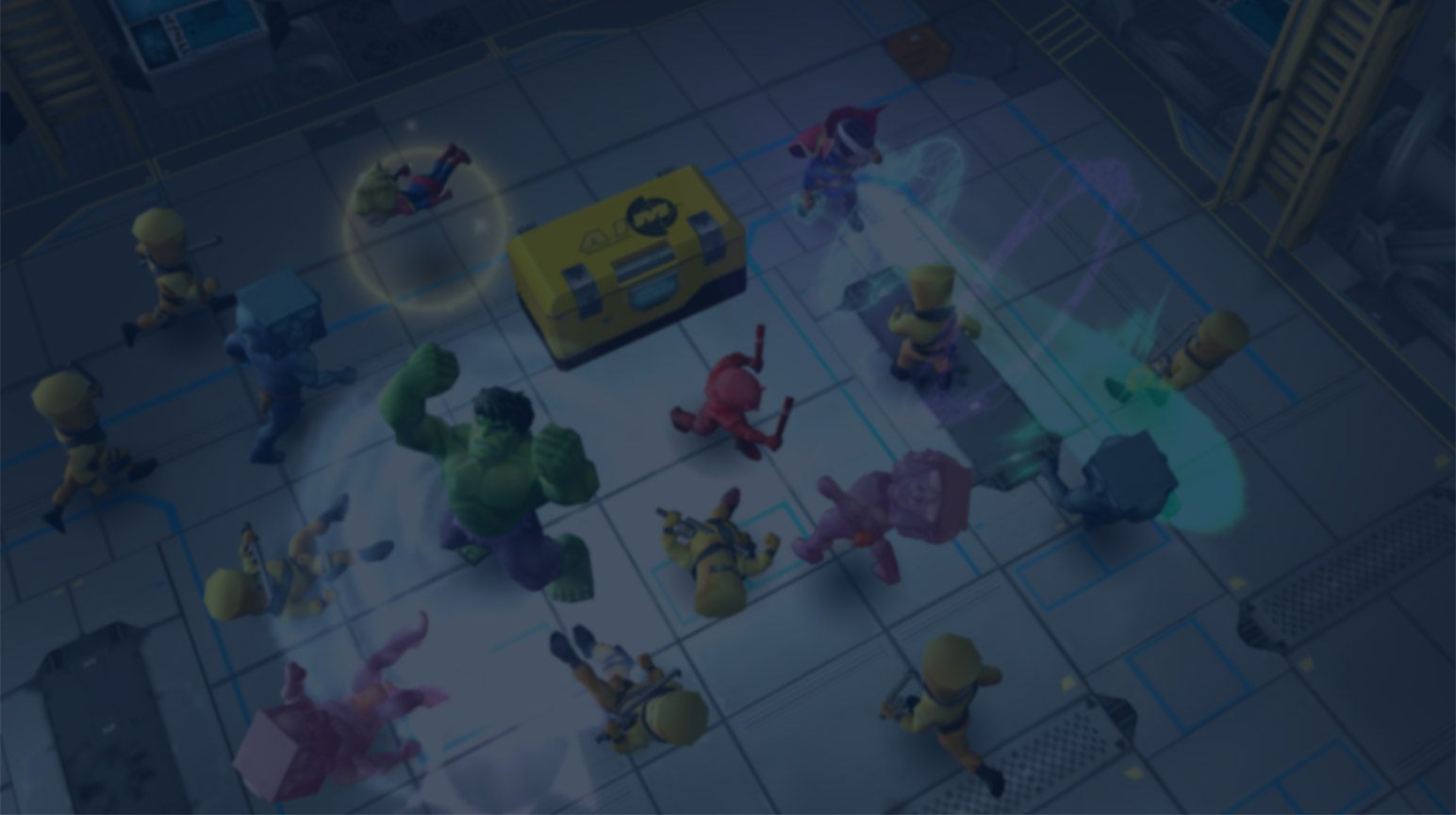 There doesn’t appear to be a grid in sight. Instead, the screenshot makes the game look very free-form, with the four heroes battling a swarm of enemies in what appears to be a high-tech laboratory.

Some of you may recall Marvel’s Ultimate Alliance series from the last generation of consoles. It was a multiplayer brawler game where players could select from a large number of Marvel heroes and villains to play through the game. Based on Marvel Mighty Heroes’ “expansive” amount of playable characters, and how I see the game setup in the screenshot, I’m going to boldly predict that Mighty Heroes might deliver a similar experience.

That said, this is purely speculation on my part. But with so few details available, what’s the harm in guessing?

Those of you interested in Marvel Mighty Heroes can visit the game’s official website and sign up, allowing you to vote on if the Hulk or Rocket Raccoon is added to the game first.