March of Heroes cancelled by Gameloft 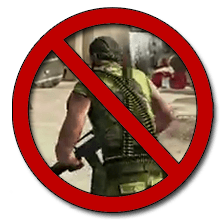 If you’re a regular reader of Gamezebo, you’ve no doubt started to realize that the Unreal engine has had a hard time of it on iOS devices over the last year. After its stellar debut with Infinity Blade, every iOS release using it since has been… well… terrible. Now the Epic-powered engine has been dealt another major blow – Gameloft has just cancelled their upcoming first-person shooter March of Heroes; the company’s first release that was to make use of the engine.

In a post today on Gameloft’s Facebook fan page, the company announced the bad news. “Hi everyone, we know we have a big community of FPS fans here,” it reads, “so we are very sorry to announce that we will not be releasing March of Heroes.”

They don’t cite any specific reason for the cancellation, and they go on to say that they are not cancelling their work on the Unreal Engine. Earlier this year it was announced they’d be developing four games using the platform, and according to this Facebook post, we can expect them to start releasing these games in 2012.

On the one hand, it’s not terribly surprising they’ve decided to scrap March of Heroes. It looked great when it was announce in June, but Gameloft’s own Modern Combat 3 – announced in August – looks as though it blows it out of the water in terms of graphical capabilities. And if you had an in-house engine that’s better than the one you’ve just inked a four game deal with, wouldn’t you be inclined to concentrate all of your energy on the one you own?

It also makes me wonder if they were having some problems in working with the engine. Again, this is purely speculation, but could they maybe be discovering the limitations of Unreal on iOS the hard way? If this four game deal results in Unreal-powered sequels to developmentally simpler games like Block Breaker or Let’s Golf, the writing will seemingly be on the wall.

It’s not that I want to hate on the Unreal engine, but after dream:scape, Bizango Blast, and Prope Discoverer, it’s hard to not see a pattern emerging. Let’s just hope Epic is on the ball and prepping to release another great Unreal powered game like Infinity Blade to remind us all of what this thing is capable of.