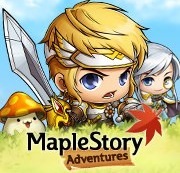 The game is currently in open beta and is the first release from Nexon on Facebook. In addition to the three million MAU, Adventures also boasts more than 400,000 daily active users, according to AppData. It’s a far cry from the 100 million people playing the main MapleStory game, but it’s a start.

While MapleStory Adventures is Nexon’s first foray onto Facebook, the company has been making strides to increase its presence on the social network. In addition to recently investing in the newly formed social developer/publisher 6 waves Lolapps, Nexon also recently launched its second Facebook game, Wonder Cruise.