Make a game to fight trademark trolling in Candy Jam 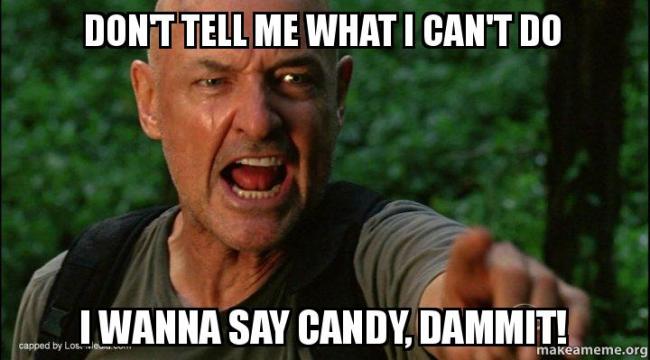 If there’s one word I’d use to describe independent game developers, it’s… well, independent. They don’t like being told what they can’t do. So what a big company like King comes along and trademarks a word like ‘candy,’ indie game devs get understandably grumpy.

In response to King’s actions (which Gamezebo broke the news about on Monday), Cariboo (developer of the upcoming Berserkgangr) and uuav (check out their Ludum Dare entries here) have just launched Candy Jam, a game jam that tasks developers with making a game that involves candies. Why? “Because trademarking common names is ridiculous and it gives us an occasion to make another gamejam :D,” or so says the Jam’s Tumblr account.

Interested developers must submit their games before the February 3 deadline. The only rules are that it has to have candy, and that you should consider using the word ‘candy’ several times. Bonus points for other trademark problem words like ‘scroll,’ ‘memory,’ ‘saga,’ and ‘apple.’

Also, there’s always a high five from me if you get the word ‘Gamezebo’ or ‘jimmycanuck‘ in there somewhere. 😉