Mafia Wars gets pulled from MySpace 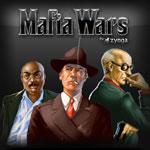 Mafia Wars may have more than 14 million monthly active users on Facebook, but on MySpace the game is no more. Developer Zynga has pulled the game, likely due to the steady decline in users on MySpace.

Those who do try to play the game will be greeted with a splash screen thanking them for playing, and suggesting that they continue doing so at MafiaWars.com, which features the Facebook version of the game, TechCrunch reports.

It doesn’t look like Zynga is completely pulling out of MySpace, though. At least not yet. Games like YoVille, Vampire Wars, and Zynga Poker are all still playable. But it feels like it’s only a matter of time before they, too, get shut down.