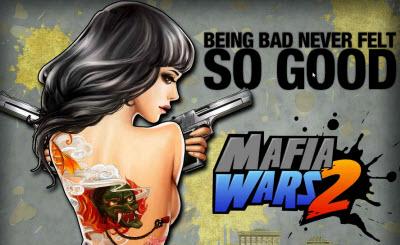 Yesterday’s launch of Mafia Wars 2 on Facebook was big news for Zynga, but even bigger seems to be the news that the game has now come to Google+ a mere 24 hours later. As a network that’s been slow to add new games to their roster, getting a brand new big name release at launch is something of a coup for the growing platform – and it definitely seems to say something about Zynga’s hopes for Google+.

In fact, of the 19 games available on Google+, three are from Zynga. That means they make up a whopping 15% of possible gaming opportunities for Google+ players. Still, as a platform that’s just growing (and one that experienced a 60% drop in traffic after the hype wore off), it should be interesting to see how much business Zynga manages to drum up.

The bigger question, though, is whether or not Zynga will start scheduling all of their new releases to hit both Facebook and Google+ at the same time. With CastleVille, Hidden Chronicles, and Zynga Bingo on the horizon and confirmed for Facebook, it shouldn’t be too long until we find out.