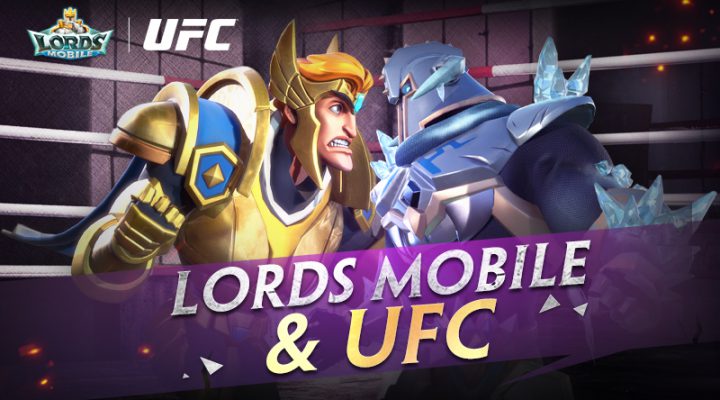 It’s difficult to work out who would win in a fight between UFC and Lords Mobile. Legions of pixelated monsters, or a few rock hard-hard flesh-and-blood humans? Fortunately we don’t have to make that call because UFC x Lords Mobile is a collaborative event.

The sports franchise and the gaming behemoth have partnered up to give away tickets to UFC 265, which is set to take place on the 7th of August in Houston, Texas.

UFC fighters are among the toughest and highest paid athletes in the world. The last 12 months alone have seen headlines about broken legs, fingers, being torn off, and countless knockouts.

Lords Mobile is a much safer pastime. One of the most popular mobile MMOs of all time, the game sees you training troops, recruiting heroes, and barking commands at your army of fearless warriors.

Released in 2013, Lords Mobile has added a ton of new modes and features since launching, including a soccer-themed Lords Cup and an awesome tower defense mode called The Vergeway.

Some of the toughest fighters such as Antonina Shevchenko, Katlyn Chookagian, Valentina Chevchenko, and Joanna Jedrzejczyk are also enjoying the game and inviting their fans to join their guilds. Lords Mobile is also running social media campaigns and pre-roll ads on the official UFC YouTube channel.

This collaboration is not only a new attempt but also a give back to the community. New players can get $350 worth of prizes in game and a chance to win cash prizes after downloading via the event page.

The top ten players in each of the top three guilds will get physical prizes, while everybody else who takes part can bask in the glory of athletic endeavor and get other in-game prizes. Head to the official site to check out the rules.

And head to the App Store, the Google Play Store, or Steam to download Lords Mobile right now.

Perfect World: Revolution Is a Gorgeous RPG with a Mobile-Friendly Twist