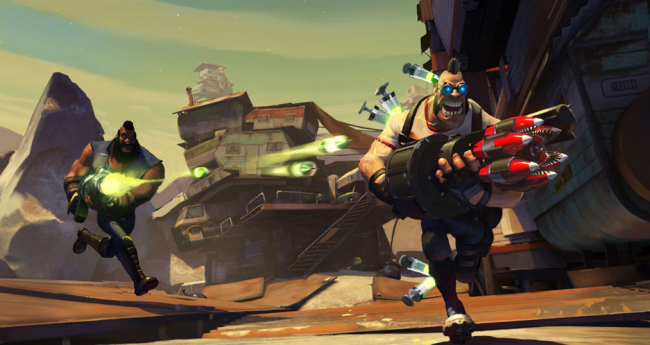 Edge of Reality is preparing to launch their free-to-play third-person shooter Loadout onto Steam at the end of the month. Loadout has participated in Steam’s Early Access program since May 2013. Currently, Loadout is still available for $9.99 ($19.99 and $39.99 options available as well) and as compensation for supporting a free-to-play game, Edge of Reality is giving supporters in-game currency and exclusive items.

“We started this as a passion project, working on it when we could, and trying to create something original and truly player friendly,” explained Edge of Reality CEO, Rob Cohen. “What we’ve got now is a game that’s a blast to play, quick and easy to get into, and empowers players with insane amounts of customization.”

Customization is a key aspect of Loadout. Not only does character customization allow players to integrate their own personalities into their player models through items like shirts, facial hair, and tattoos, players will also be able to customize their weapon loadouts to facilitate their preferred plays styles. Edge of Reality promises “over 44 billion” weapon creations to assemble.

Loadout is Edge of Reality’s debut title, and will launch as a free-to-play game on January 31st, through Steam.