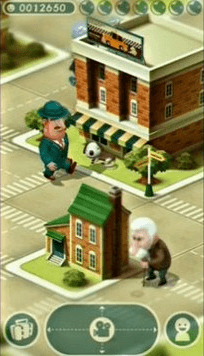 Developer Level-5 has announced another new game in their popular Professor Layton series, although from the looks of it, it’s probably not what most fans were expecting. While still classified as a new entry in the Professor Layton series, the upcoming Layton 7 is said to take the acclaimed puzzle games in a completely new and different direction, with unspecified role-playing elements now being added to its solid puzzle foundation. This also follows up on the news that the sixth game in the series, Professor Layton and the Azran Legacy, would be the last to feature series namesake Professor Layton as the main protagonist.

Along with the announcement, Level-5 also unveiled the first few screenshots of Layton 7 in action, which showcase a bustling 3D town full of dogs, old men, and business persons, whose bodies don’t exactly seem proportionate to the buildings and trees around them. But the first thing you’re likely to notice about the debut screenshots of Layton 7 is that the game bears little to no resemblance to any Professor Layton title before it. In fact, if it didn’t have that recognizable Layton moniker slapped across it, most of us probably would have remained none the wiser about this quirky new town-based role playing game.

But even though the new look at Layton is pretty different, and let’s be honest, a little bit weird, this wouldn’t be the first time that weirdness in a Professor Layton game managed to win over the hearts of many gamers (just look at our review of Layton Brothers: Mystery Room), so I still have some pretty high hopes for this one. And while there’s been no mention of a release date for Layton 7 just yet, Level-5 has confirmed that the game will be headed to both iOS and Android devices, as well as Nintendo’s latest portable system, the Nintendo 3DS. Be sure to keep checking back on Gamezebo for all the latest updates on Layton 7 as we learn them!