Let it Goat Can’t Hold Back Its Popularity Any More 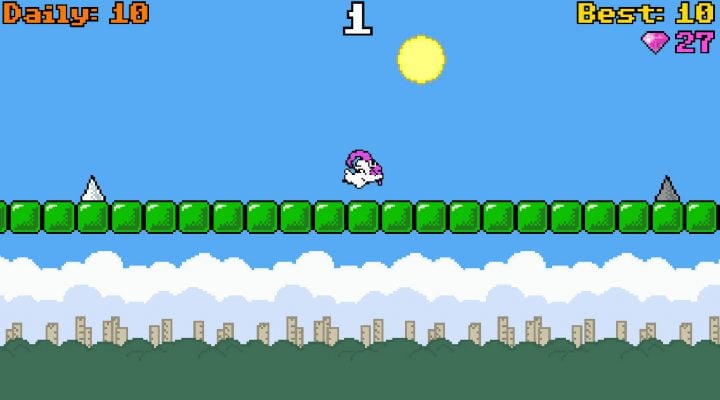 The snow glows white in the barnyard tonight. Not a hoofprint to be seen. Wait, scratch that. Let it Goat!, an endless running game by the Omahan Vine celebrities Jack Gilinsky and Jack Johnson (“Jack and Jack”) has left its trotter-marks everywhere on the App Store and Twitter.

Let it Goat! was developed by Jack and Jack while the duo completed an internship at SkyVu Entertainment. It’s a devilishly hard game thanks to tricky jumps and scattered hazards like spikes and zombies. The goat, named Mounty, dies if he touches a trap, slams into a wall, or loses his footing and falls into oblivion.

#letitgoat wound up trending on Twitter on Wednesday afternoon, partially because Jack and Jack offered to follow anyone that tweeted their high score. It seems digital goat-herders worldwide are complying.

Jack and Jack’s Vine account has four million followers, and is stuffed with boyish antics galore. Their game is admittedly addictive, so give it a download (it’s free), and see if you can’t let it go(at).

Can I have some Hashteroids with my Moon over my Hammy?