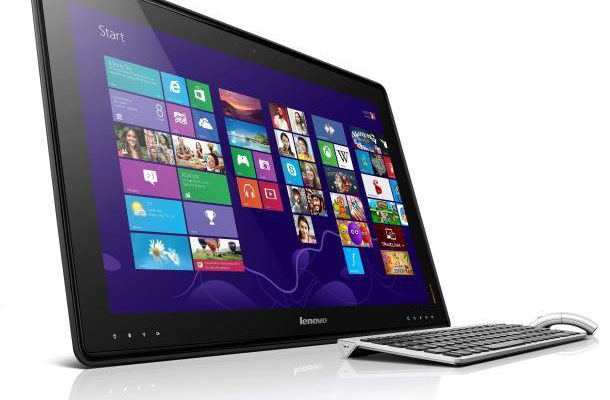 There comes a time in every consumer electronic device’s life when an impasse of sorts is reached: it’s been improved in nearly every way possible, but companies are still forced to constantly improve upon it if they wish to keep interest alive. While I wouldn’t say this has happened to the tablet just yet, it’s clear we’re getting close. Lenovo has just unveiled the IdeaCentre Horizon, a 27-inch tablet running the Windows 8 operating system. And before you ask, no, it was not conceived in Texas. I think.

But Lenovo holds no illusions about the IdeaCentre Horizon’s portability (or lack thereof). It’s intended for home use, featuring a suite of common PC applications like a photo browser, music player, and video player. It also boasts a secondary OS alongside Windows 8. Called Aura, it activates whenever the tablet is laid down flat, presenting you with a wheel of sorts featuring various applications and games, alongside other touch screen-friendly items.

But all of that pales in comparison to what the IdeaCentre could bring to the proverbial gaming table. It’s going to ship with two hockey paddles, four joysticks, and a big die. All of these items will be usable on the touch screen, and Lenovo demoed both an air hockey game and a top-down shooter. EA and Ubisoft have also stated they’ll be releasing games for the platform. In overexcited informercial voice: Now how much would you pay? 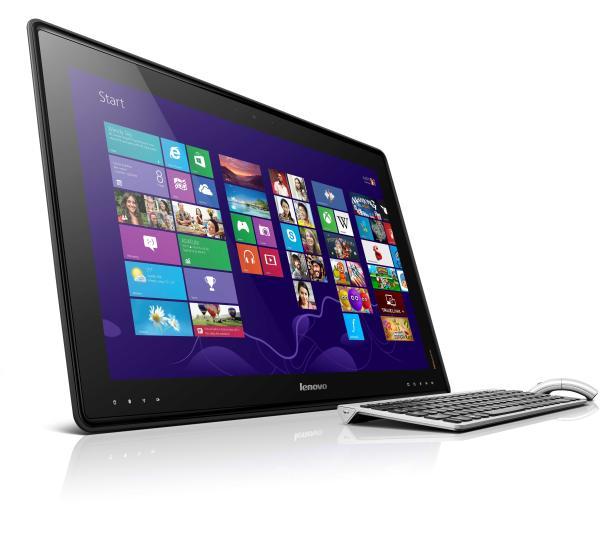 If you said “$1,699 or more,” you’re in luck! The press release Lenovo has stated that pricing will start at “approximately” $1,699, although we’ll surely know more closer to when the product launches in early Summer of this year.