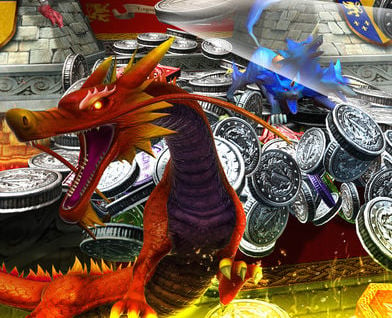 Legend of Coin is a brand new mobile exclusive coin pusher RPG that has a very interesting development twist: it was created by legendary Sonic developer Yuji Naka.

But this is very far from the game that Naka made his name. It plays like a traditional coin pusher arcade game – you know, the ones where you throw in a penny to hopefully push a heap of coins off their perch and into your pocket.

There’s way more to it than that though. This is also a fully fledged RPG in which you summon legendary monsters to battle your enemies. 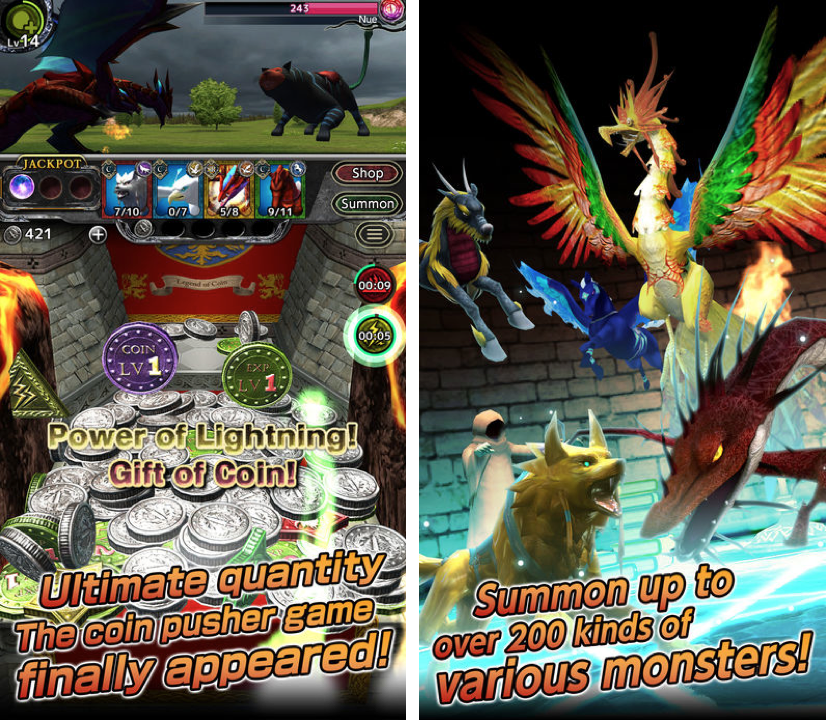 It works like this: you use touch controls to throw coins into a coin pusher. You then (hopefully) receive a bunch of coins, special coins, and rare monsters.

You then summon any monsters you’ve collected into battle while you continue pushing coins. You’ll get regular bonuses for defeating monsters, so prepare for an influx of coins.

As you get more of the same monster coins, you can combine them to increase their powers. In turn, you’ll then perform better in combat, defeat more monsters, and earn more coins.

You may even get a special coin that provides a limited bonus like a damaging magma wall, doubling your attack power, or increasing the number of monster coins. There are loads like this. 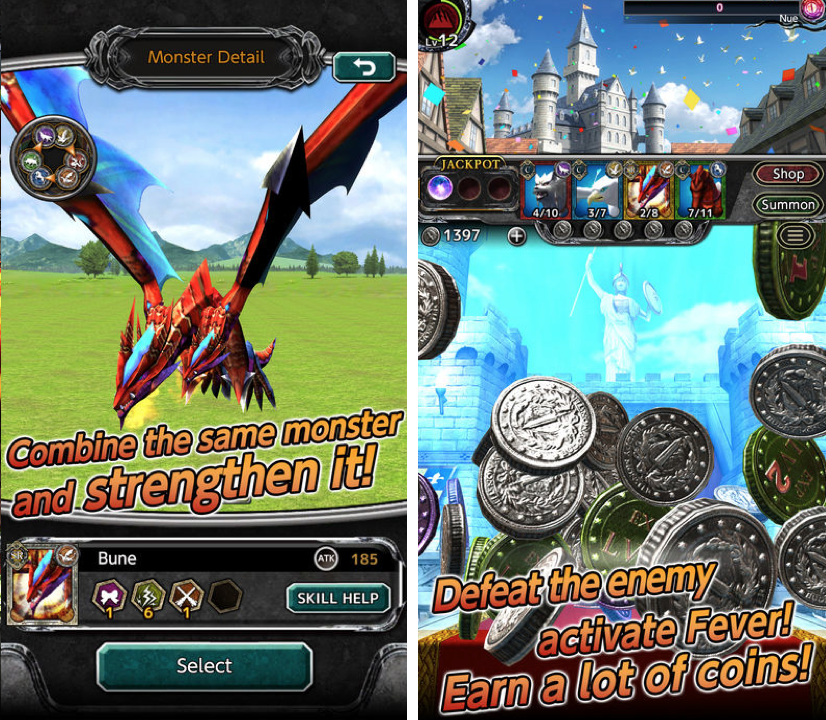 As well as levelling up monsters, you can also level up yourself. As you can expect, that helps you to get even more coins and play for longer.

With over 200 monsters to summon, yourself to level up, and literally countless coins to gather, Legend of Coin certainly has an awful lot of content to work through.

So whether you just like coin pushers, are a fan of gacha RPGs, or just want to check out the legendary Yuji Naka’s latest work, grab Legend of Coin on iOS or Android right now.

Caesars Slots is giving away 40,000 coins as a launch bonus