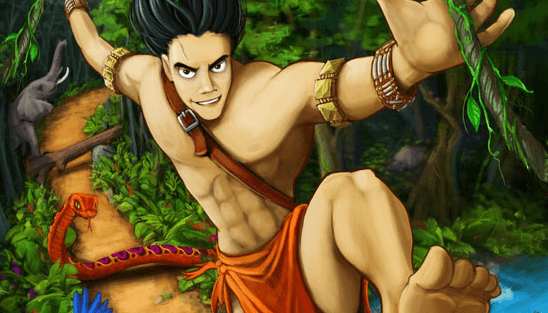 Available now for both the iPhone and iPad, Tarzan Unleashed is a free-to-play endless-runner set in the universe of Edgar Rice Burrough’s Tarzan series. In the game players will take on the role of the vine-swinging legend as they swing, slide, dodge, and jump their way through Tarzan Unleashed’s procedurally generated content. Fruit is the currency of the game, and players should strive to collect as much of it as possible, since it can be used to unlock character upgrades and boosts. Diligent players will even be able to unlock Jane and Cheeta as playable characters.

“Legacy is excited to be the first company to bring the rich legend of Tarzan to a whole new generation of mobile game players,” said Ariella Lehrer, CEO of Legacy Games, in a press release.  “For more than 100 years, Tarzan has inspired movies, TV shows, animation, and comic books.  Now Tarzan is swinging onto touch screen devices, the ideal platform for this iconic license, and bellowing his infamous yell.”

Tarzan Unleashed is available now for iOS devices using iOS 5.0 or later, though it is optimized for iPhone 5 users. The game is completely free to download and play.

This Week in China: Western brands can work