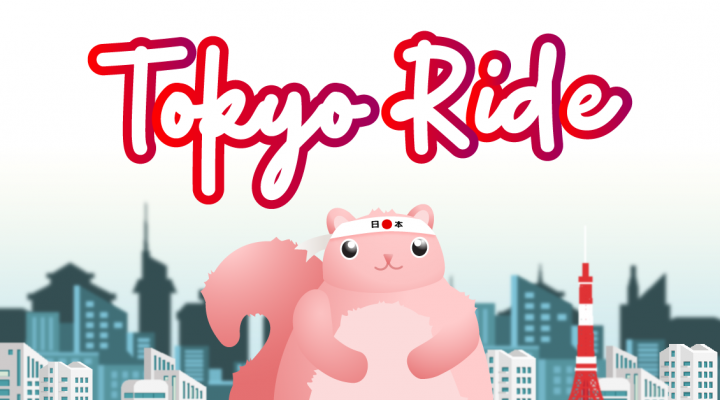 Did you know there are three different scripts in Japanese writing? There’s kanji, adopted from Chinese, hiragana, for Japanese words, and katakana, which is primarily for foreign words but also has other uses.

As you can imagine, it’s not the easiest language to learn. Demonstrating fluent Japanese may be one of the most badass things a westerner can do, but reaching that level will extract a toll in blood, sweat, and tears.

Unless, that is, you get there by playing a game. Tokyo Ride, from Tokyo developer Sola K. K., is a simple, cute casual game that aims to give you a grounding in all three Japanese scripts, whether you’re looking to consolidate your existing Japanese or start learning from scratch. 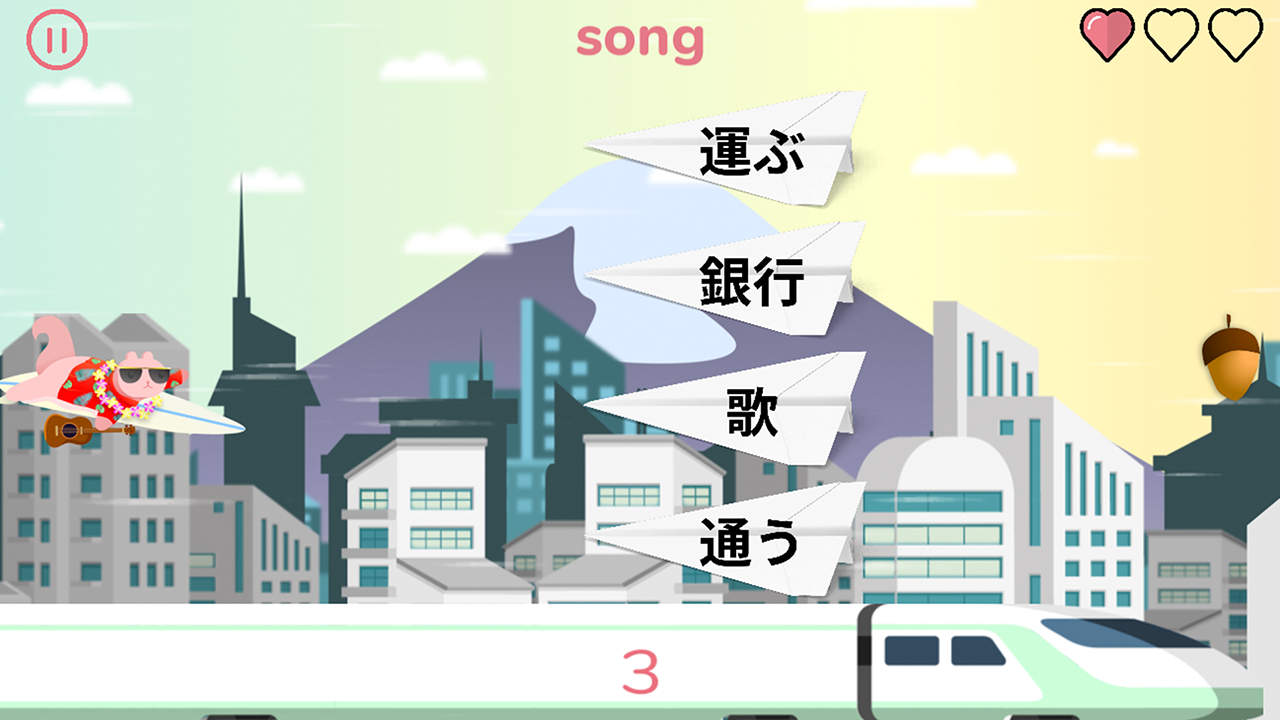 Here’s how it works. You play as Riku, a pink squirrel. Riku was dozing in a tree near Mount Fuji one day when an amazingly persistent gust of wind snatched his beloved nut out of his hands and carried it away.

Riku is different from every other squirrel in two important ways. One, he is incapable of finding another nut to replace the one he lost. And two, he can fly. So there are swings and roundabouts.

Riku spends the entire game in the air, and you make him fly up and down by pressing on the left and right sides of the screen. Syllables from the alphabet appear at the top of the screen, and you have to steer Riku into the corresponding kanji, hiragana, and katanaka. 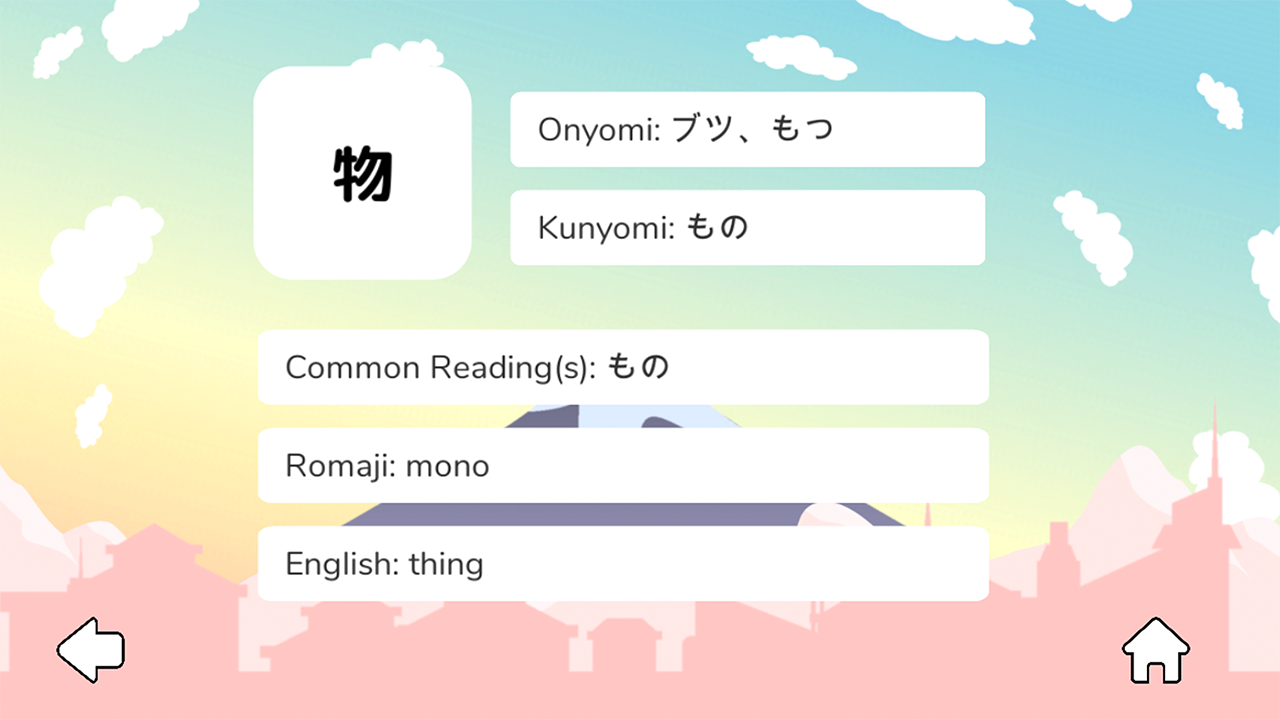 Every time you get one wrong you lose a life, and once you’ve lost three lives it’s game over.

There are three game modes. The Ride is a campaign where the aim is to unlock characters and reach the end at three difficulty levels. Free Run is an endless mode. And Learn is for players who either don’t know a word of Japanese or want to brush up on their knowledge without dying every ten seconds.

Neatly, Tokyo Ride teaches you about the place as well as the language, with several different settings across Tokyo to explore. Riku and all of the stages are also fully customisable, and future updates promise to add even more content to the game.

You can download Tokyo Ride for free on Google Play and the App Store.