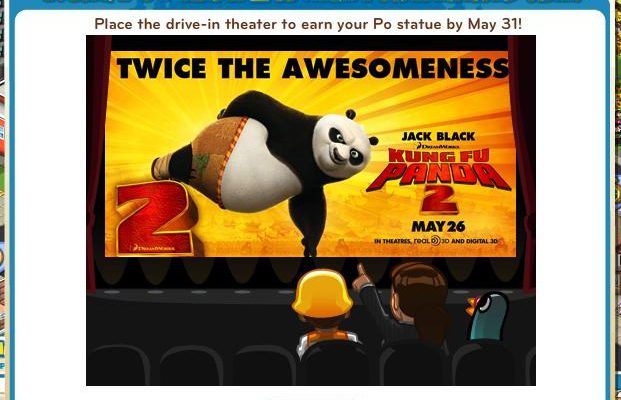 Zynga is no stranger to promoting animated films in its games, with the most recent being a Rango-themed mission in FrontierVille. And the latest is for the upcoming sequel Kung Fu Panda 2. Players who log-in to CityVillewill notice a new quest that lets you bring the movie to your city with a new drive-in theater.

The theater is given to you automaticalluy for free, and is part of a very simple quest that involves placing and building the theater. Placing the theater will also open up a new collection based around the film and completing this collection will earn you a limited-edition Po statue modeled after the titular panda from the movies.

The statue will only be available until May 31. 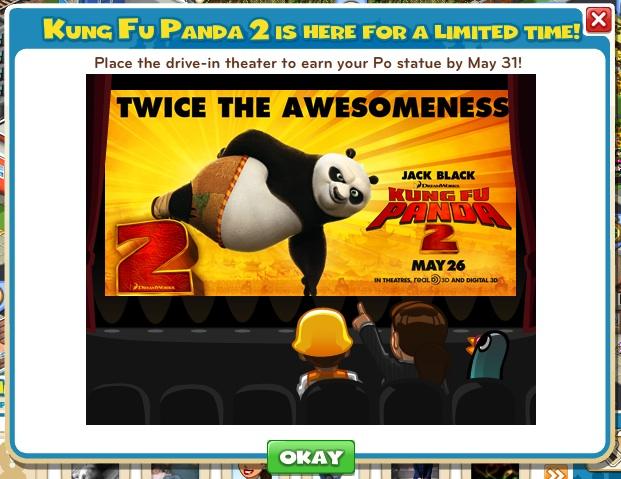 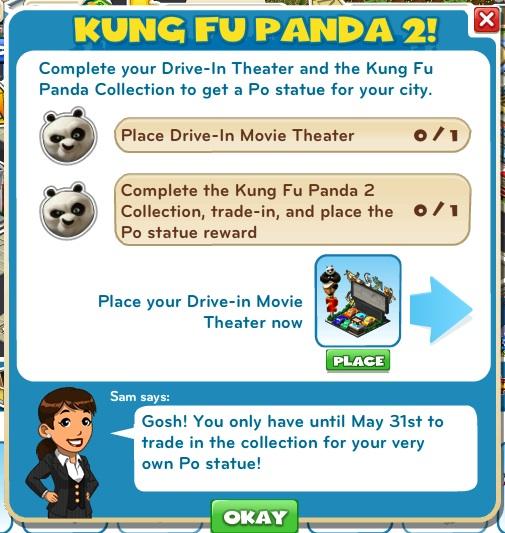 There’s enough room in this business for everybody: Why social and hardcore games aren’t in competition