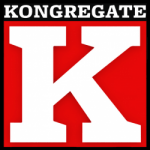 It seems like every day, more and more people begin to realize the commercial success and unlimited potential of the mobile games industry. And with those realizations come the big business moves that make them all the more powerful. Kongregate, a powerhouse in browser gaming, has announced the creation of a “Kongregate Mobile Developers” program, which will pledge 10 million dollars to the development of mobile games. The funding will help indie game developers work on free-to-play titles for the company, and add a better management of paid ad campaigns on third-party networks.

The project is also being backed by Kongregate’s parent company, GameStop (maybe you’ve heard of them). The popular gaming retail chain plans to use its new iOS and Android apps to advertise and heighten the partnered games’ exposure, which means a huge spike in promotion for accepted titles, and a whole new realm of user discovery for smaller games and unknown developers.

So what does this new mobile program mean for the guys and gals who make our favorite free-to-play games? Well for one thing, they’ll now have both the cash and the means to make the best mobile games possible. Titles already in development can qualify to receive advanced funding in order to cover things like final builds or integration expenses. Kongregate Mobile Developers will also provide game developers with free consultation about monetization, as well as offer creative services, quality assurance, gameplay testing, and competitive research, so all they really have to do is focus on their games!

We’ll see what kind of a positive impact the Kongregate Mobile Developers program will have on the mobile games industry in the months going forward. Now if only I had a spare $10M to spend on some of those in-app purchases in my favorite Kongregate games!

Swimming Against the Current: Moving from Video Game to Board Game Design