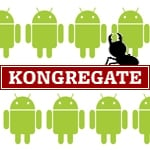 One week ago we speculated that Android’s embracing of Flash would usher in a new era of mobile Flash games, establishing something that would truly set it apart thanks to the iPhone’s refusal to adopt Flash. Today our speculation became a reality. Kongregate has just unveiled a partnership with Adobe that will bring more than 100 of the games featured on its site to a new Android friendly mobile Kongregate site.

The new site, which can be found at m.kongregate.com, will bring mobile Flash gaming to the upcoming Android 2.2 using Adobe’s new Flash Player 10.1 technology. Featured games include Bloons, Prism, and enDice.

“Adobe Flash Player 10.1 will have a tremendous impact on the mobile gaming landscape for both the game developer and player,” noted Jim Greer, CEO and co-founder of Kongregate.”Bringing Flash technology to Google’s next version of Android enables our more than 8,000 developers to create engaging mobile titles using the tools already familiar to them, while Kongregate players will be able to enjoy great Flash-based, free-to-play game experiences anytime, anywhere.”

While mutually beneficial for Google, Adobe, and Kongregate, the real winners here are Android users. Kongregate is the leading site for browser-based games for good reason. Bringing that experience and the selection of free, high-calibre games that the Kongregate name has become synonymous with to a mobile site should be a formula for instant success.

Steam for the Mac launch continues with Sam & Max, Simplz Zoo and more