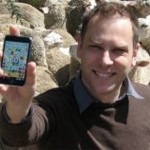 Thanks to the runaway success of the iPhone, many developers are all too eager to shrink their popular PC properties down for the pocket portable. But in the case of hidden object games something is getting lost in the translation.

We recently sat down with KlickTock’s Matthew Hall, developer of Doodle Find and Super Search 60 for the iPhone and Little Things for the PC, to pick his brain about why the most popular casual genre is struggling to find a home on a smaller device.

Despite their tremendous success on the PC, hidden object games have had something of a rough time on the iPhone. Where’s the disconnect?

I think most of it is to do with the eyes. It’s just uncomfortable to search for objects that small on an iPhone. Developers have tried to adapt their games with pinch to zoom and scrolling around, but it’s just not the same as sitting back with a cup of coffee and clicking away. Demographics are also important. The hardcore Hidden Object fans have found their spiritual home at Big Fish. There’s no real reason to get out, pick up an iPhone/iPod touch to play these games on the go when it’s more comfortable at home in front of a computer.

Your approach to hidden objects on the iPhone completely breaks from the mold set by PC HOG’s – was that intentional because of the limitations of the device?

After the launch of Little Things,I became interested in iPhone as the App Store was maturing. But the screen resolution was so different. Accessibility and legibility was important to me. I’d been playing a lot of Bejeweled Blitz on the iPhone and suddenly had the idea of blending the two genres. I loved the idea of a game that is over so quickly so players can fill up the spare time they have throughout the day. To this day I still play Doodle Find more than any other game on the iPhone! I’d also been playing Canabalt and Adam Atomic’s mantra of ‘bare minimum’ stuck with me during the production of the game.

Some would argue that the iPad can provide a much more satisfying hidden object experience because of its larger screen.Do you think traditional HOG’s can find success on the iPad?

Absolutely! The screen resolution matches or exceeds the PC Hidden Object titles. You don’t have to worry about scrolling around anymore. I think the iPad is a magnificent device for the casual PC user. I’d recommend one to anyone who doesn’tknow much about computing. You can do almost everything you can on a “real” computer without ever having to worry about viruses or spyware. I think Big Fish could be a major player on this device. I’m keen to take Little Things to the iPad as soon as I get time.

Is there anything you’d like to see change in the PC hidden object marketplace?

I discovered Big Fish and Real Arcade years ago and loved games such as Oasis and Luxor. The first hidden object games really blew my mind with their incredible accessibility. However, the selection of games has narrowed over time – it’s very “rinse/repeat”. Drawn was great, but that’s the only recent title that comes to mind when I think of the genre. Blame can’t really be placed on the portals as they have to give their players what they want. But it’s no longer a site I frequently visit.

Most of the developers that got me interested in that space – such as Raptisoft – have moved onto the iPhone. I’m really glad the iPhone was invented – it’s an amazing platform for developers, but it’s getting very flooded. I’ve seen many great games pop up on the charts then sink like a stone. I shudder to think how much the developers made. With each commercial failure of a great game, it’s a nail in the coffin for the platform. Even with my game I’ve had great reviews have been number 1 in 6 countries, but haven’t made any headway in the United States. Apple needs to improve their store to properly identify the great new games and feature them prominently.

Doodle Find turned out to be a really addictive little game, but I was most happy with the Facebook Connect integration. People loved competing against their friends in the weekly challenges. Next up I hope to be making a social game broader in scope and appeal. I really love Restaurant City and my wife is hooked on Social City. There’s very few games of this type on the iPhone as yet. I think a social game that appeals to the hardcore as much as the casual crowd could be really popular.

If you could recommend any hidden object game not made by KlickTock, what would it be?

On the PC I enjoyed Autumn’s Treasures – I liked the way it messed with the formula. On the iPhone, probably the best is Pure Hidden. My all time favorite is – of course – Where’s Wally (Where’s Waldo in the US), in good old book form.

Zynga raises 150 million big ones from Softbank – Now What?