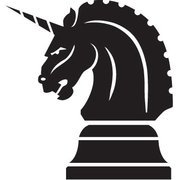 After moving from Backyard Monsters to Battle Pirates, it looks as though developer Kixeye is sticking with military strategy for its next release. The studio revealed War Commander at the just-finished Casual Connect conference in Seattle, though details at this point are virtually non-existent.

The team over at Inside Social Games was given a brief preview of War Commander, which is described as “military-themed game set in a modern era with a higher degree of realism than Kixeye’s preceding games.” It features gameplay more in line with traditional RTS games, such as Command & Conquer or Warcraft, and will feature 27 different units at launch.

But that’s about all we know. No images or further details have been revealed at this point. There is a Facebook page set-up for the game, which is presumably in a closed beta, but it doesn’t any additional information.

However, the game is due out very soon, with a target launch date sometime in August.