King is opposing Stoic’s trademark for The Banner Saga 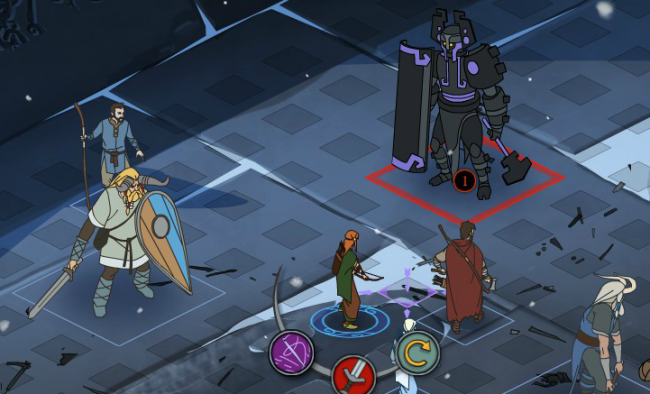 USGamer‘s Mike Williams has just brought to light a legal opposition filed on behalf of King in regards to The Banner Saga – a recent release and Kickstarter success that we’re delighted to call an early contender for Game of the Year.

You can find the complete Notice of Opposition at the United States Patent and Trademark Office website, but the gist of it is this: Stoic, the makers of The Banner Saga, filed to trademark their game’s name on January 10, 2013. After the mark was filed “published for opposition,” King formally opposed. The argument King makes is that Stoic’s use of the term SAGA will be enough to confuse customers into thinking the product isn’t from Stoic, but from King. Furthermore, they claim that such confusion could result in damage to King.

Like all legal documents, it’s long and dry, but there’s one choice bit that deserves to be highlighted;

Pardon my editorializing for a moment, but I can’t begin to imagine how King can make this claim with a straight face. Let’s take a moment to really look at The Banner Saga and think about it in comparison to King’s existing Saga games.

In short, the only way you can argue that The Banner Saga and King’s Saga games are “closely related” is that they’re both video games and have the word SAGA at the end of their title. The only thing crazier than this claim is how it looks in comparison to a statement Gamezebo received from King earlier today regarding the infringement notice sent to Benny Hsu over the game All Candy Slots.

“We don’t enforce against all uses of CANDY – some are legitimate and of course, we would not ask App developers who use the term legitimately to stop doing so.”

It seems safe to assume that logic would carry over to their other trademarks King is courting like SAGA as well. So I have to ask, King – what’s not legitimate about The Banner Saga?

Editor’s Note: We reached out to Stoic Studio for comment, however because this is an active situation before the Trademark Office, they are not prepared to make a statement at this time.

Make a game to fight trademark trolling in Candy Jam