When you have an intellectual property – especially one that’s worth millions of dollars – you want to protect it. But can such protections ever go too far? That’s the question a lot of industry watchers are asking this morning, as developers far and wide whose games include the word ‘candy’ are getting emails from Apple on behalf of King, the makers of Candy Crush Saga.

In a filing with the US trademark office dated February 6, 2013, King.com Limited registered claim to the word ‘candy’ as it pertains to video games and, strangely, clothing. On January 15, 2014 the filing was approved for publication. And now, a mere five days later, reports are coming in from developers that they’re being asked to remove their app (or prove that their game doesn’t infringe upon the trademark).

“Lots of devs are frustrated cause it seems so ridiculous” says Benny Hsu, the maker of All Candy Casino Slots – Jewel Craze Connect: Big Blast Mania Land. Benny’s game, which shares no similarities with King’s properties aside from the word ‘candy,’ is one of a number of games that have been targeted by King.

Hsu contacted Sophie Hallstrom, King’s IP paralegal, to discuss the matter further. Rather than the simple “oops, our mistake” that Benny was hoping for, he was given a very finite response. “Your use of CANDY SLOTS in your app icon uses our CANDY trade mark exactly, for identical goods, which amounts to trade mark infringement and is likely to lead to consumer confusion and damage to our brand,” reads Hallstrom’s reply. “The addition of only the descriptive term “SLOTS” does nothing to lessen the likelihood of confusion.”

So how does a word like ‘candy’ get trademarked? According to Martin Schwimmer, a partner at the IP legal firm Leeson Ellis (and the man behind The Trademark Blog), it’s all about how strong a connection the claimant has to that mark when it comes to a particular good or service. Think of Apple, for example. Nobody is going to expect the electronics giant to lay claim over the fruit, but if someone were to try to market an electronic device under that name, you’d better believe their lawyers would swoop in.

So the question then, is whether or not there’s a strong enough connection between the word ‘candy’ and video games as it pertains to Candy Crush Saga. According to the US Trademark Office, the answer is a bona fide yes.

Still, holding a trademark and being able to enforce it are entirely different things. Schwimmer is quick to point out the difference between suggestive marks and unique ones. “Someone can’t plausibly claim that they came up with the term TEENAGE MUTANT NINJA TURTLES on their own.  An incredibly unique trademark like that is somewhat easy to protect.” But something generic – a dictionary word like candy? That can be a lot trickier. 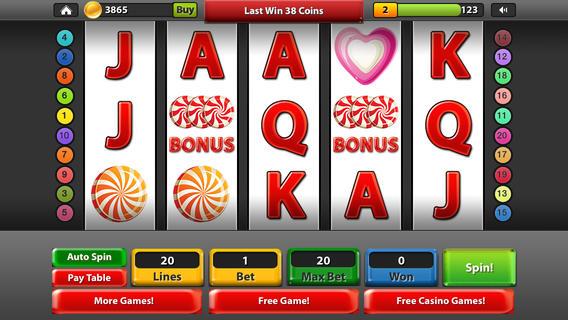 “Suggestive marks are protectable, but the problem is that third parties can claim that they thought up their mark on their own.” And in the case of something as generic as ‘candy,’ it doesn’t seem that farfetched to think that a lot of developers may have.

“As to how far King can enforce its rights, it will be a function of how strong its mark has become, and how similar the third party name is.  It would likely be able to enforce its rights against marks that are connotatively, phonetically or visually similar, for games that are conceivably competitive,” Schwimmer tells us. “King can’t go after candy companies because candy companies don’t use the term CANDY as a trademark – they use it to identify their product.”

If you’re a developer who has received one of these letters from King, Schwimmer’s advice is simple: call a lawyer. “A trademark lawyer can be very useful in obtaining a coexistence agreement.  Often a trademark owner will accept a settlement in which the possibility of confusion is mitigated, perhaps because the developer will not expand into areas more directly competitive with the trademark owner.”

But in an App Store littered with small indie developers, this is an option that seems out of reach for developers like Benny Hsu. “Myself and other indie developers don’t have the money or resources to fight back… I plan on changing the name if that is what I must do.”

With Apple seemingly complicit in King’s claims – the letter Tsu initially received came through the iTunes legal department – one can’t help but wonder what the future of the App Store and suggestive trademarks might be.

“Last year I learned I couldn’t use the word MEMORY because it was trademarked,” said Hsu. “Now I wonder what other common words will be trademarked in the App Store.”