Home / News / King has bought an old trademark, and you’re not going to like how they’re using it

King has bought an old trademark, and you’re not going to like how they’re using it

Oops, they did it again. Back in January, Candy Crush Saga maker King underwent a great deal of public scrutiny about the choices they’ve made in the world of IP protection. Initially it was about a trademark on the word CANDY, but as the week unfolded it turned into a battle over Stoic’s The Banner Saga trademark, and then even accusations of cloning. King CEO Riccardo Zacconi managed to quell the internet’s furor with a seemingly heartfelt response on the issues that had been brought up.

But now some new information has been brought to our attention that doesn’t quite jive with what Zacconi was preaching.

Lost in the shuffle of that January week was a little story about Albert Ransom, the creator of CandySwipe. As the creator of a match-3 game involving candy that pre-dated every incarnation of Candy Crush, Ransom had been fighting the CANDY CRUSH SAGA trademark for months. And he told Gamezebo that he intended to fight their mark on the word CANDY, too.

Now, only weeks after our initial article, King is fighting back.

At the time of Ransom’s filing, King had little ground to stand on. Ransom’s game predated theirs, and he already held the mark for CANDYSWIPE, so it was up to the courts to decide. So here’s what King did: they bought an earlier trademark from another company, and are using that to try and have Ransom’s CANDYSWIPE trademark registration cancelled.

The mark in question, CANDY CRUSHER, has been tied with game software and mobile applications (according to King’s filing) since 2004. It was acquired by King from its previous owner, AIM Productions N.V., on January 10, 2014.

According to Ransom, the game Candy Crusher bears resemblance to neither Candy Crush Saga nor Candyswipe. 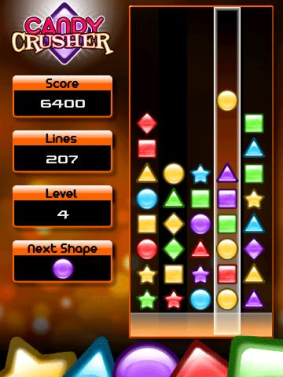 Candy Crusher as it appears on Blackberry

While King has every right to protect their IP (and purchasing an earlier mark like CANDY CRUSHER makes sense in this context), using that mark to try and shut down a game that predated yours goes against everything Zacconi said last month. Here are a few excerpts from his open letter in case you need a reminder;

“At its simplest, our policy is to protect our IP and to also respect the IP of others.”

“We believe in a thriving game development community, and believe that good game developers – both small and large – have every right to protect the hard work they do and the games they create.”

“Before we launch any game, we do a thorough search of other games in the marketplace and review relevant trademark filings to ensure that we are not infringing anyone else’s IP. We have launched hundreds of games. Occasionally, we get things wrong. When we do, we take appropriate action.”

In this case, appropriate action seems to mean “purchase an earlier trademark and use it to try and shut down the IP that we’re being accused of infringing upon.” 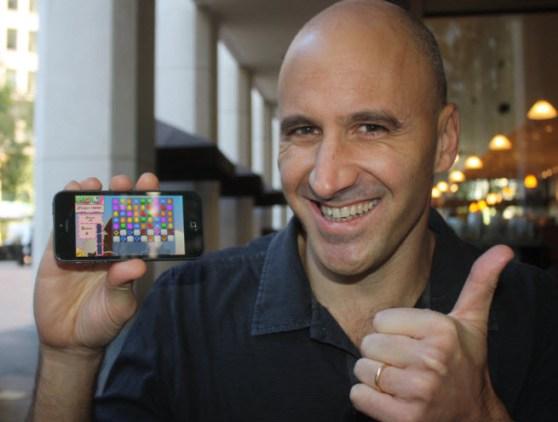 Riccardo’s open letter also closed with “if you want to contact me directly on this, or indeed any other aspect of what we do – please feel free to drop me a line at rz[at]king(dot)com.” So when crafting this article, I did just that. But instead of a response from Riccardo, I was contacted by a third party PR representative on behalf of King who advised me of the following: “King’s official position on IP protection is outlined in Riccardo’s open letter.”

With no real response from King on the subject, Ransom’s story is the only side of this we’re able to tell. And it’s a fairly damning tale.  While King eventually did some damage control surrounding their January woes with Zacconi’s open letter, their actions against Ransom seem to violate the very spirit of what Zacconi wrote.

If you’re in the mood for another open letter, Albert Ransom has written one in response to King. You can read the whole thing on candyswipe.com.