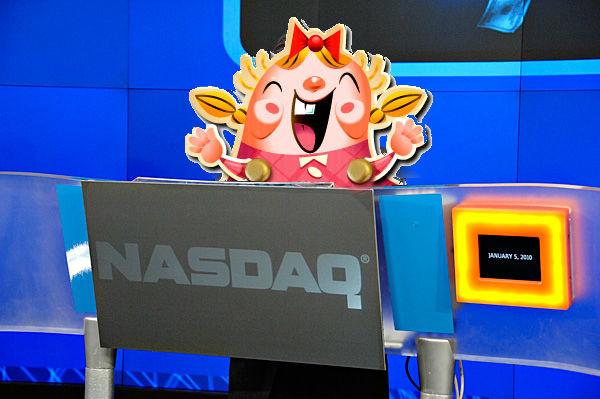 Get ready, investors: Candy Crush is coming to Wall Street. The Telegraph are reporting that King has filed the preliminary paperwork with the Securities and Exchange Commission that will eventually lead to the company’s initial public offering.

In having filed an S-1 (just as Twitter did earlier this month), King has taken the first steps towards being listed on the NASDAQ stock exchange alongside other heavy hitters in the tech and gaming industry. But as a social gaming giant with seemingly unlimited potential, one called help but remember the rise, IPO, and tumble of the last company to wear that crown: Zynga.

I’m not nearly financially savvy enough to weigh in on the how and why of Zynga’s sharp stock tumble, but there’s no doubt that it’s a situation that will be at the top of mind for potential King investors. The companies are different enough that a straight comparison isn’t really fair, but still, ZNGA is the undeniable elephant in the room here.

There’s no official word from King on the IPO, so it may be a little while before more details emerge. Still, the fact that the company announced a new CFO earlier today (Hope Cochran, formerly of Clearwire Inc) is an interesting coincidence. And The Telegraph says the company’s value is expected to be more than $5 billion dollars, which is significantly more than I can count on one hand.

Knowing what little we know now though, would you invest in King? Let us know in the comments below!

Papa Sangre II is bringing the scares this Halloween

Cut the Rope 2 is coming this holiday season