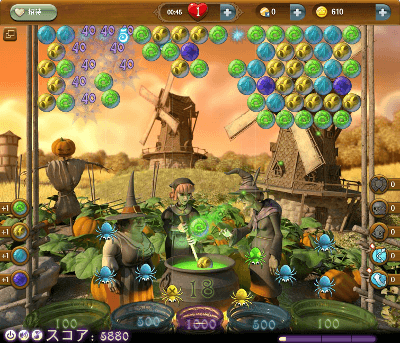 Casual games developer King.com will be releasing both Candy Crush Saga and Bubble Witch Saga in the Japanese and Korean markets, the company announced in a press release. The games will launch first on the Facebook platform, with iOS and Android versions expected to follow shortly after.

“We have been looking towards Asian markets for some time now and feel this is the perfect time to offer localized versions of our games in Japan and Korea,” co-founder and CEO Riccardo Zacconi said in a press release. And on the subject of Asian markets, Zacconi also revealed a pretty impressive statistic: one out of every seven Hong Kong residents plays Candy Crush Saga. “People have been literally asking strangers on the street to friend them and give them lives so they can continue playing the game without waiting,” he said.

This announcement follows in the footsteps of Candy Crush Saga becoming the most popular Facebook game in terms of daily active users, a success which has no doubt been driven by the game’s cross-platform functionality between iOS and Android.

King.com is one of the biggest names in social gaming, and it doesn’t sound like that will be changing anytime soon. In fact, with Zynga shifting more of their focus towards mobile, there’s all the room in the world for King.com’s userbase to grow in the years ahead. Releasing their games in new markets will certainly be a huge step towards that.

Your phone has a new friend in the PS4

The Witness gets a trailer, and it’s glorious