Kinect coming to Windows in 2012 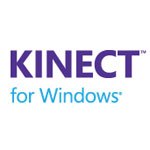 Kinect has been a massive hit for the Microsoft since it was released last year. Actually, “massive hit” might be an understatement; when you sell 8 million units within 60 days, “gift from the heavens” may be a more accurate description. It was no surprise when Microsoft revealed, back in February, that it was working on a Windows version of the device, but official details about the release date have been a hard to come by… until now, that is.

Until now, Kinect has understandably been oriented towards entertainment. Kinect for Windows, though, is being marketed as something that will have a wide range of uses, including “educating students, entertaining friends, or exploring what’s possible when humans and computers interact.”