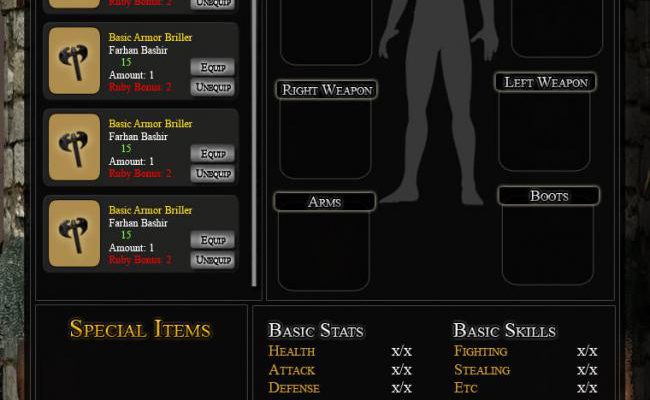 Imagine a massively multiplayer online game that you can play almost anywhere, whether you’re on Facebook, in a web browser, of even an iPad. That’s the idea behined Terathan, our latest Kickstarter Pick, a game that aims to let you play wherever you like.

Terathan takes place in a 3D fantasy world, and features many of the elements that MMORPG gamers are used to. Things like item crafting, customizable skills that advance in real time, the ability to tame pets and monsters, and plenty of quests to venture out on. You can even build and customize your own home space. Talented crafters will be able to create their own furniture to spruce things up. The creators also say that the world is quite large, with plenty of different dungeons and towns to explore. You can even travel across water once you get a boat.

It also features detailed, 3D visuals that look quite impressive, even in their early state. But what’s really ambitious about Terathan is its cross-platform aspirations. The plan is not only for the game to be playable in a web browser, or on Facebook or an iPad, but also for all of those versions to speak with one another. If you’re on Facebook and a friend is playing their iPad, you can still play together. And if you want to play the same character from multiple devices, you can do that too.

Both the browser and Facebook versions will be free-to-play, while the iPad version will feature an as of yet unannounced price tag. The team is also looking at bringing the game to other platforms as well. As always, depending on how much you donate to Kickstarter you’ll be able to receive a variety of perks, ranging from a free version of the iPad version to a chance to join the dev team. 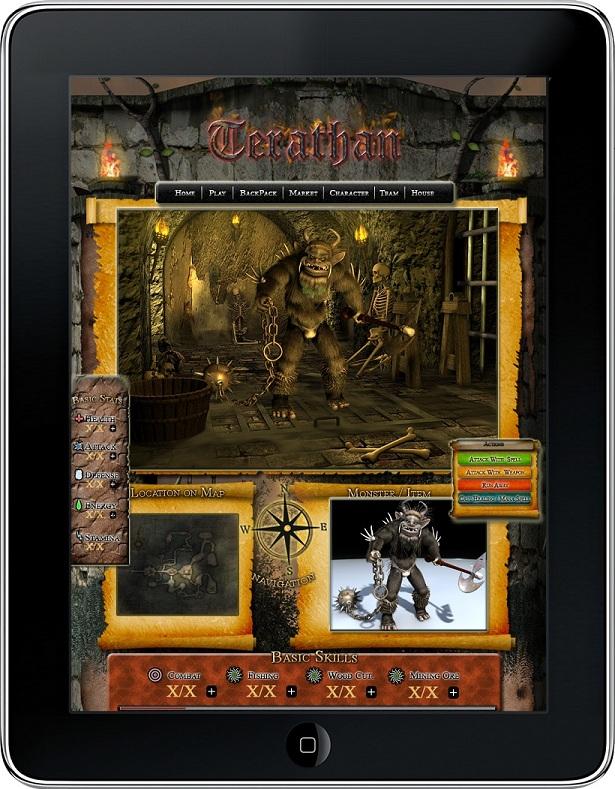 Funding Acquired (as of this writing): $0