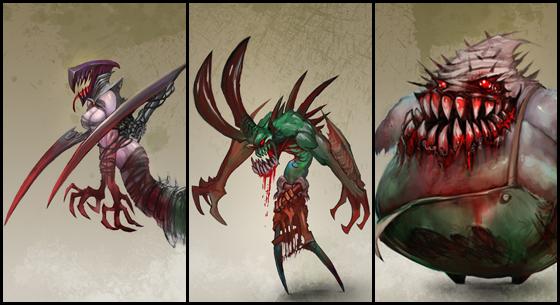 Taking up holy swords and summoning angel warriors using the names of the true gods is all right for beating back the forces of evil, but sometimes you just need to summon a troll to do your dirty work. Nekro is an action game that lets you recruit the forces of darkness to help you Get Stuff Done, and its randomly-generated levels ensure that you won’t have the same corpse-dragging experience twice.

According to DarkForge (the crypt-keepers—er, I mean, developers behind Nekro), the game is inspired by PC classics like Myth: The Fallen Lords, Dungeon Keeper, Giants: Citizen Kabuto, and others. Of course, Nekro is still very much its own experience, and boasts HD graphics, solid gameplay, and a unique premise that mixes dark themes with black humor. You control a necromancer who can create ungodly hell-spawn from the corpses of your enemies. You feed on the blood of humanity in order to survive, but don’t feel too bad: humans are a superstitious, cowardly lot who will stop at nothing to snuff you out. Your minions do what they can against the humans, but since you can’t control them directly, you need to take the personality of each “species” into consideration before letting them loose.

Nekro takes place in a sprawling world that’s full of cool materials for its crafting system. Each game level is randomly generated, so you never go through the same experience twice.

DarkForge hopes to release Nekro on PC, Mac, and Linux—but it’ll only happen after a successful Kickstarter! Brace your soul for some dark, but utterly cool prizes if you pledge (rewards are cumulative): $15 nets you a DRM-free copy of the game. $25 gets your name in the credits, a beta access key, and a high-resolution Nekro desktop background. $75 gets you a Nekro T-shirt and a digital soundtrack. $250 gets you a Punge Plushie. Who wouldn’t want to go to sleep next to a soulless blob with a mouthful of shark’s teeth?

Thinking of going big? $500 gets you an art book signed by the DarkForge team. $1000 will let you forge a set of armor that will be used in-game. For $5000, you can design a summon creature for the game, and $10,000 will let you place ads in-game—plus you get to party with DarkForge (Ouija board optional), and you get your very own in-game shrine.

Think you’re ready to meet with the creatures that slither beyond the veil of sanity? Visit the Nekro Kickstarter page.