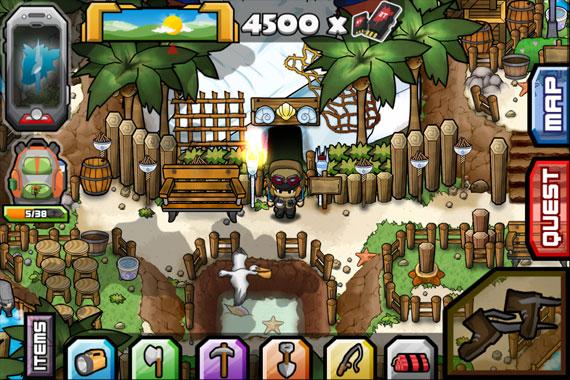 Thanks to the touch screen interface, RPG titles have proven to be a perfect fit for iOS devices. However, thanks to Nintendo’s strict stance against participating in the App store craze, one of the most popular RPG subgenres has been left largely ignored: monster capture titles. MOGA’s Micromon aims to change that.

From its title to its own Kickstarter description, Micromon openly embraces its attempt to capture the addictiveness of the Pokémon franchise while adding its own unique formula. “Pokémon has set the genre’s standards and we are planning to meet, if not surpass them,” MOGA proclaims. “Yes, it’s a huge challenge but we believe we can deliver with the help of the community.” And that’s where Kickstarter comes in.

Compared to most other projects looking to receive funding, Micromon has a great amount of detail on what to expect in the future. It promises hundreds of fully animated creatures and characters, a serious storyline, retina support, global battles, and an extensive overworld/dungeon system. Complete with test footage, animated .gifs, and dozens of screenshots, it’s clear that MOGA has already sunk thousands of hours into development. However, in order for them to reach the scale (huge!) and price (free!) that they’ve intended, they’re going to need your help!

The amount of reward options for Micromon‘s Kickstarter go about as deep as the gameplay itself. While there are a dozen total tiers for rewards, every pledge offers nearly double the amount of your investment in Micromon in-game currency. If you want to follow the production of Micromon and have a say in its development, all pledges of $15 dollars or more will give you access to their private community.

With this many pledge tiers (from $5 to $10,000), the sky’s the limit! The soundtrack, in-game vehicles, t-shirts, NPC appearances, and even custom resin figures are just a few of the many varying tiers of rewards that Micromon offers for your support. If they reach their stretch goal of $80,000, Android users will also see Micromon coming to their devices immediately alongside the iOS release.

If you’ve been dying to catch ’em all on the most popular handheld device of all time, check out Micromon’s Kickstarter page and help make this awesome project a reality.