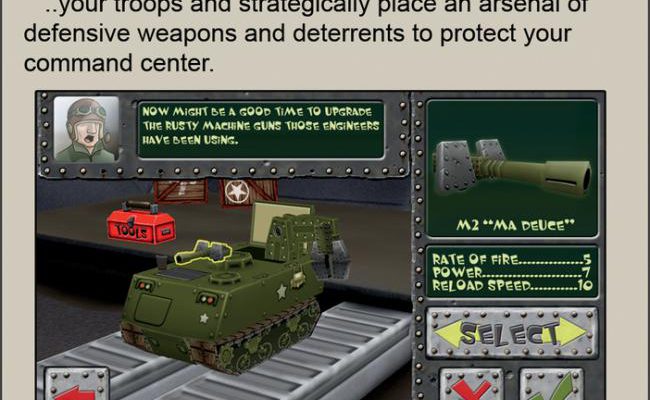 Everybody should own at least one tank. They’re good for getting through traffic jams, intimidating idiot drivers, and clearing moose off the road at northern latitudes. Unfortunately, THE MAN says you can’t physically own a tank, but Floppy Entertainment might have the next best thing: an idea for a tank-based game called lil’ Sherman.

lil’ Sherman, which is being developed for the iOS and Android, is a World War II tower defense game that also incorporates first-person shooter elements. You must defend supply convoys as they crawl their way towards the command center. You can upgrade your tanks and your weapons to help make your job easier. 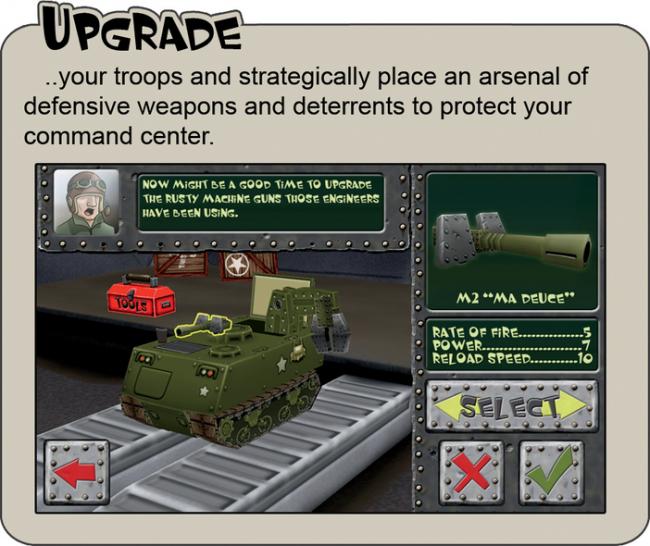 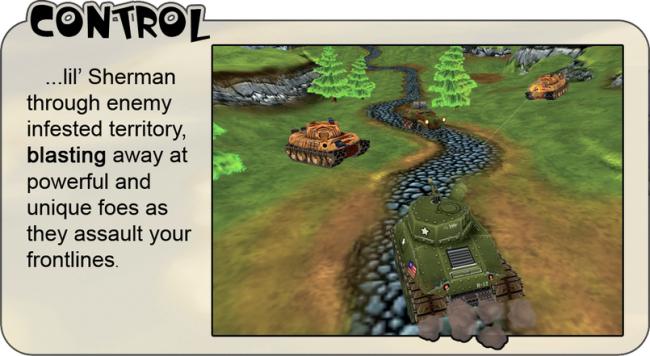 Floppy Entertainment promises that lil’ Sherman has a unique visual style, a plucky hero, and engaging story, and strategic gameplay. The game is being developed with the Unity 3D engine, which, according to Floppy, “allows us to push the boundaries of what’s possible for a mobile game and also gives it a richer environment compared to flat 2D ‘side scroller’ games typical of mobile devices.”

lil’ Sherman is already well along in the development process, but Floppy Entertainment is hoping to raise $20,000 to cover additional costs, including the Unity license, marketing costs, legal fees, App Store fees, and all the other little odds and ends that we don’t give much thought to when we plow through a game.

Interested in pledging? A $1 pledge will get you a “Thank You” on the game’s website, but surely you can do better than that. A $5 pledge will get you a copy of the game, once it’s completed. For $15, you can become a beta tester. For $100, you can get a set of lil’ Sherman art post cards. For $1,000, you’ll be rewarded with hand-drawn artwork from the game’s concept artist, and for $2,000, you’ll get your very own 2 1/2 inch lil’ Sherman steel trophy.

If you’re ready for tank action, roll out and visit the lil’ Sherman Kickstarter page.

What’s up, doc? The Looney Tunes cast to enter Farmerama