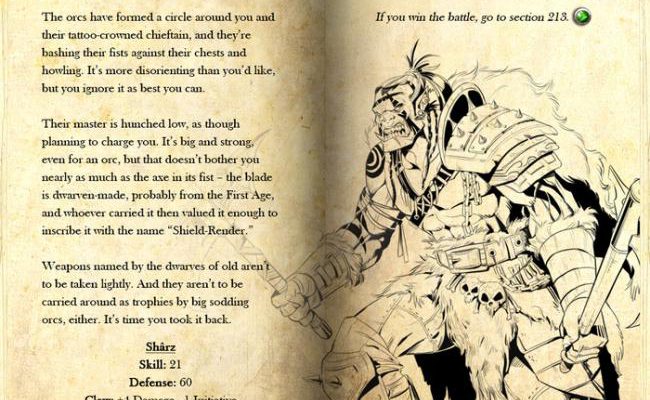 The ’80s blessed us with big hair, over-synthesized music, and beautiful role-playing gamebooks from publishers like Lone Wolf, Fighting Fantasy, and Fabled Lands. For the sake of our children, these books and their illustrations of orcs, dwarves, and busty elf women must survive in this modern era. Happily, Black Chicken Games has launched a Kickstarter for Holdfast, a gamebook that’s bound for PC, Android, Mac, and print.

Holdfast relays your adventure as a dwarf whose sprawling mountain homeland has been ravaged by orcs. For the honor of your ancestors, you must descend underground and attempt to take back what’s been stolen from your people. The journey will take you through dangerous lands and ruined fortresses teeming with dark forces.

If you’ve spent even one rainy day rolling dice in front of a gamebook, you should feel right at home with Holdfast. Its detailed descriptions and ink drawings recall a time when winning an RPG battle meant making an awesome throw. However, unlike many gamebooks of old, Holdfast‘s victories aren’t dependent on luck. Instead, the strength and quality of your weapon is what really determines your success.

You also need to learn how to manage your wounds. Wounds lower your stats permanently, but seeing as how dwarves honor scars as signs of will and toughness, they can also be the key to awesome stat improvements.

In time, you gather resources, make allies, build your own fortress, and build up its walls against armies. The paths you take and the choices you make determine the ending you receive. 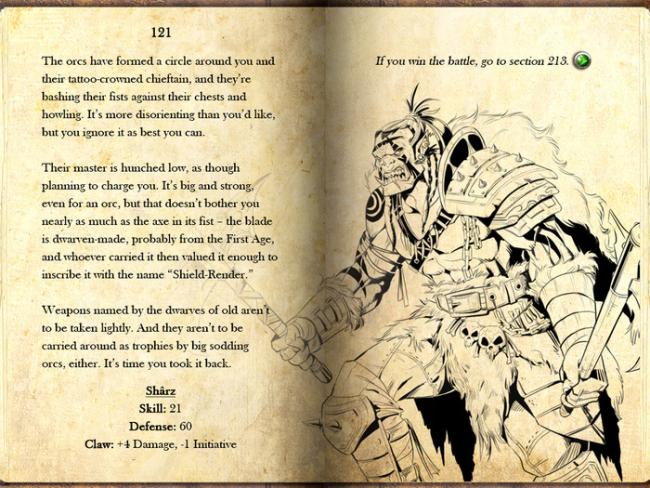 Holdfast will be available in digital format as part of a partnership with Tin Man Games (the studio behind the sublime Gamebook Adventures series), but hardcore gamebook lovers who want to hold the printed edition in their hands will be able to do that too. Either way, Black Chicken needs your help to make it all happen. If you pledge, mighty treasures can be yours. $5 earns you a code for Holdfast on Android, Mac, or PC. $10 earns you a beta PDF copy of the book prior to release. $20 grabs you a print copy of the book, among other prizes. $50 gets you a hardback copy of the book, along with other rewards.

If you have a lot of gold weighing down your pockets, consider the higher-tier prizes. $100 grabs you a hardcover version of the book, along with flowcharts, guides, and maps. For $200, you can get a copper-plated d10 along with tons of other prizes. $1000 will buy you an entire set of fancy d10 dice (along with other rewards), and for $10,000, you can get a custom-made, leather-bound copy of Holdfast. Victory smells like dead cows.

Interested in spelunking through ancient dwarf ruins? Visit the Kickstarter page for Holdfast.

Ninja Raft Developer Diary #1: Level design is so awesome that you should do it