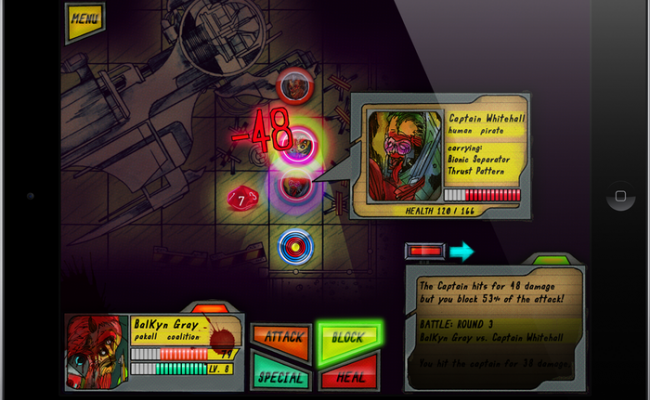 I hate the term vaporware.  I know that it exists, and I know that some games really become it – but just because a game takes a ridiculous amount of time to develop doesn’t mean that it’s not coming.  Take Galactic Keep: Dice Battles.  This is a game that’s been on my radar since 2009.  Most people would think I was crazy to expect it to still happen after all this time – but with your help, it may actually cross the finish line sooner than later.

So what is Galactic Keep: Dice Battles?  It’s a role-playing game, but not like you’re thinking.  Galactic Keep is an RPG that brings the pen and paper experience back to the genre.  Players will navigate graph paper maps, roll 10-sided dice, and more as they lead their heroes to victory and conquest. 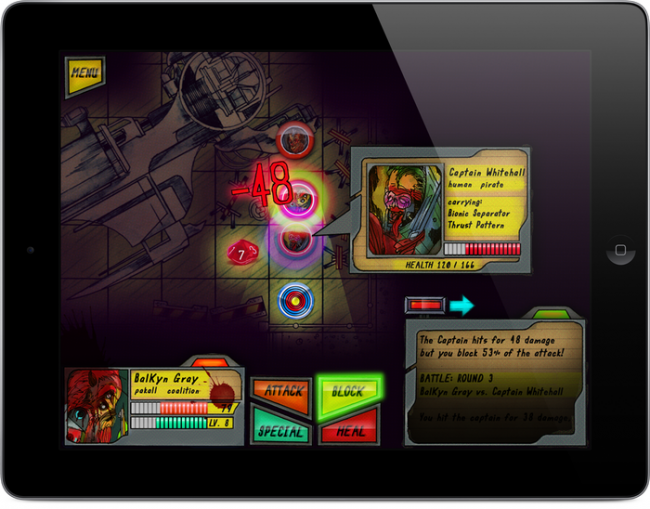 Having an interview with developer Gilded Skull Games under our belts and an appearance on our “Games we can’t believe didn’t come out in 2011” list last year, Gamezebo readers should be more than familiar with this one already.  But what’s new since we last spoke with the team?  How about this: a PC release.

Until now, Galactic Keep: Dice Battles was only ever intended as an iOS game.  To coincide with their Kickstarter launch, Gilded Skull Games has announced that the game is destined for desktops as well.  They’ve also been rebuilding the game from the ground up since February (there was a two year pause in development, and it just made more sense), so it’s been designed with the latest technologies in mind.

Backers can get plenty of perks, from exclusive characters and DLC packs to original pieces of game art and the chance to contribute to creature creation or have your likeness featured in the game.  You’ll also get the satisfaction of knowing you helped get a game I’ve personally been excited about for years onto digital store shelves.  So if you won’t do it for Gilded Skull Games, do it for your old pal Jim.