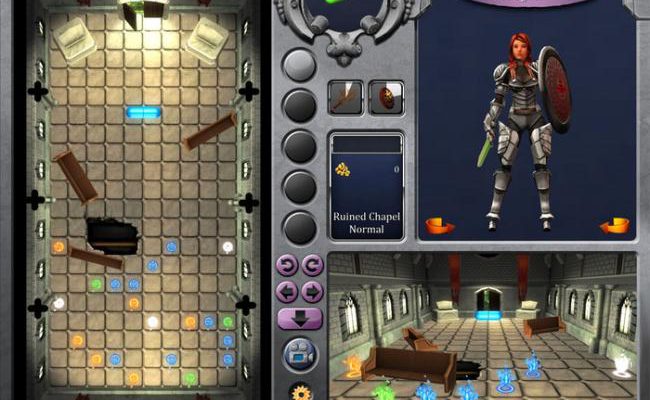 Haven’t you ever wished there was an RPG with the combat styling of classic games like Tetris and Dr. Mario? I know me too. Well now it looks like Frogdice has been listening, and the Tower of Elements developer has been hard at work on a unique new RPG experience called Dungeon of Elements, that looks to bring that exact blend of classic gameplay components to a dungeon crawler game.

The story of Dungeon of Elements takes place in the same universe of Primordiax, which is the shared game world between all of Frogdice’s games, including Threshold RPG, Coin ‘n Carry, and of course, Tower of Elements. Your character has been recruited by an ousted Alchemist Guild, who seeks to change the world view of alchemy after King Rand rose to power against the Void threat. When the game begins towards the end of the Alchemist Guild’s campaign, you’ll help to restore the abandoned alchemy labs and rusted cauldrons of a forgotten world. 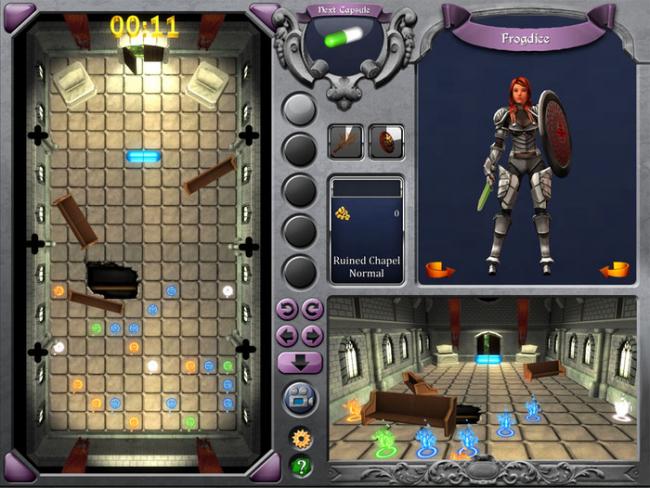 The most interesting thing about the game we’ve seen so far is how the screen is actually divided during moments of gameplay. On the left side, you have your typical Tetris screen, where you’ll need to strategically guide your pill-shaped weapons past the many dungeon obstacles, and create the most powerful attacks against the legions of enemies that stand in your way. On the top right half of the screen, you have a 3D model of your chosen character, and on the bottom right half of the screen (this is the really cool part now), you’ll find a 3D representation of the damage your attacks will cause at ground level in the environment. Imagine if you got to see those menacing 3D Tetris blocks flying at your face at eye-level! Some pretty scary stuff.

All in all, your Dungeon of Elements adventure will boast 45 different environments full of dungeons and ruins, and over 60 enemy types to defeat with your magical and all-powerful Tetris pills. In addition, players will also be able to collect pets, crafts weapons, items, and armor, and even build up an impressive bestiary log throughout your quest. Some of these pets are really neat-looking too, like a totally relaxed sheep, a turtle friend who looks pretty dashing in purple, and a giant bloated pink bird thing. 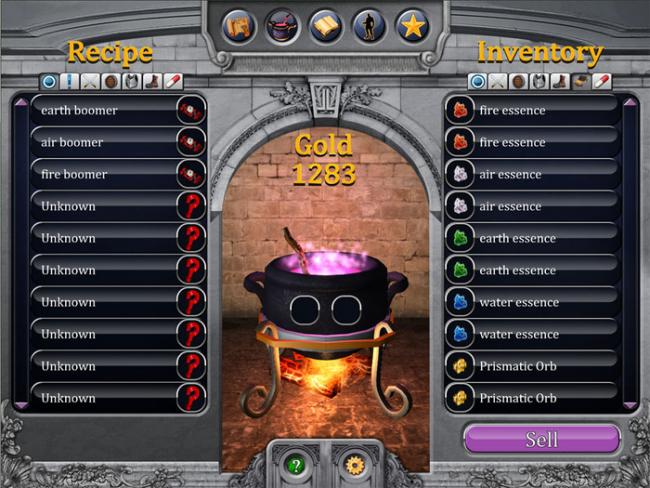 Dungeon of Elements is currently more than halfway towards reaching its $20,000 Kickstarter goal before the pledging period ends on June 19. The final game is expected to launch to project backers in July 2013, with a full public release planned for August 2013, and an estimated retail price of $20. If you want to pledge, Frogdice is offering some pretty neat rewards, like a personal letter signed by the entire development team, or naming your very own achievement in the game.

What was inside Curiosity’s cube?