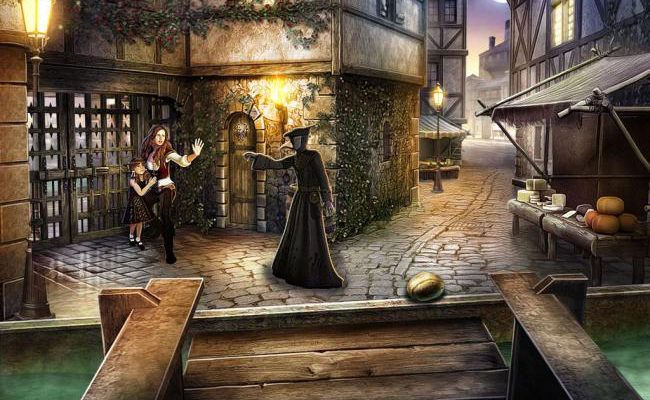 A couple of weeks ago, we featured a Kickstarter that looks to be leading the charge in reviving the Choose Your Own Adventure genre. But what about building your own adventure? If independent developer Anarchy Enterprises has anything to say about it, that may soon be a reality. After launching dozens of games since the debut of their first project, Moon Tycoon, in 2001, the studio is turning to the public to crowd-source not only the funds for their next project, but the creative ownership of it too.

The project in question? Devil’s Cove: a true-to-the-genre’s-roots point and click adventure set in the titular seaside town, where “a series of heinous crimes have been committed.” The friendly-sounding Plague Doctor is up to no good it seems, and has not only the local population cowering in fear, but the local authorities keeping everyone mum. Exploring the town’s painterly cobblestone alleyways and diving into its history, it’s your job to piece together exactly what’s going on, and disbar the good doctor once and for all.

On the surface, Devil’s Cove seems like an atmospheric adventure driven by darker subject matter and more exciting stakes than we’re used to seeing in the genre. What makes the project particularly noteworthy, however, is the way Anarchy is approaching development. Once you back the game at the $15 level, not only you will be generously given access to the game’s Standard Edition on all its planned platforms (PC, Mac, iOS, and Android), but you’ll be signed up for the game’s beta version. From here, backers and early players will be asked to give feedback on the title in its current state, and make suggestions that the developers say will have concrete affects on how the final version turns out. 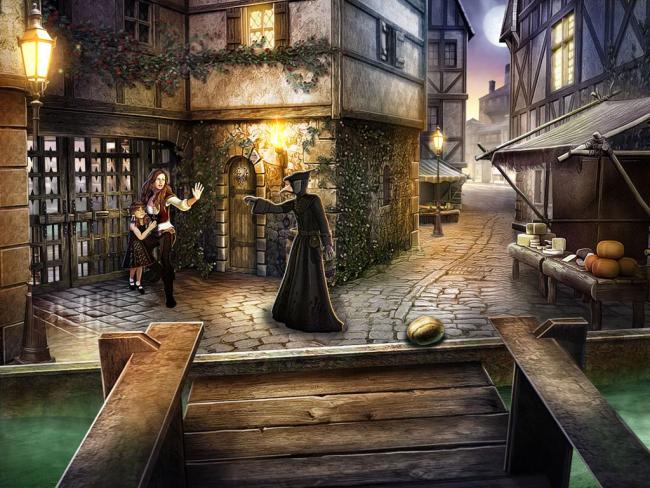 “Anarchy Enterprises has always been a small, indie studio that tries tos tay directly connected with game players, and now we have a tremendous opportunity via Kickstarter to make that relationship even closer… This is the first time we actually have the chance to meet you – THE PLAYER – and make the game YOU want!”

Depending on just how badly you want Devil’s Cove, of course, there a host of other rewards at higher tiers of support. A snapshot includes: The $100 “Devil’s Warrior” package with the game’s Collector’s Edition, beta access, a CD version of the soundtrack, and game poster; The $500 “Devil’s Champion” level complete with all of the above, a replica metal medallion from inside the game, and a signed art print from within the game; and, if you’re feeling ritzy, the $10,000 “Devil’s Grand Master” level nabs you a full size Plague Doctor costume, the chance to become a character in the game, and a dozen prints of that character in the game world. As always, we recommend checking out the project homepage for all the details. 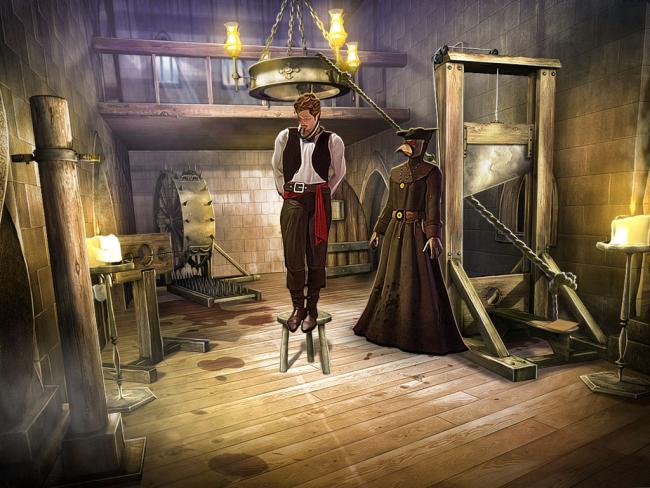 So…want to spend a little time in the relaxing, only-slightly deadly Devil’s Cove? Then head on over to the Kickstarter page to peruse the concept, rewards, and pitch, to see if it’s the right vacation spot for you.

iOS 6 App Store and What it Means to Developers