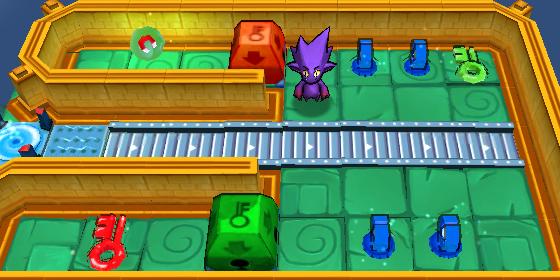 Hyper-realistic games that all but let you feel the bullets enter your brain are super-cool and awesome, but sometimes you just gotta wind down by returning to gaming’s roots. Chuck’s Challenge 3D by Niffler, for instance, is a title that takes you back to the days of raw puzzles and brain-bending challenges. And if the Kickstarter for Chuck’s Challenge 3D gets off the ground, you, too, can enjoy level after level of clever object-based puzzle action.

Chuck’s Challenge 3D is a 3D puzzler with a basic goal for each of its levels: get from point A to B. Of course, it’s not that easy. Different objects block the way, and you must figure out how the multitude of in-game objects interact with each other before you have a chance of getting Woop to the exit.

Oh, Woop is the spiky little goblin that you’ll be guiding for level after level. Don’t feel bad about his fate, he seems to want to wander mazes forever and ever.

There are four different game modes planned for Chuck’s Challenge 3D: The Single Player main story (in which scores are stored online), a multiplayer Race against friends to see who can finish first, a downloadable Weekly Puzzle, and best of all, a level editor that lets you create your own object-based 3D nightmare. If Niffler’s Kickstarter is successful, Chuck’s Challenge 3D may also have full Facebook integration and co-operative multiplayer, among other features. 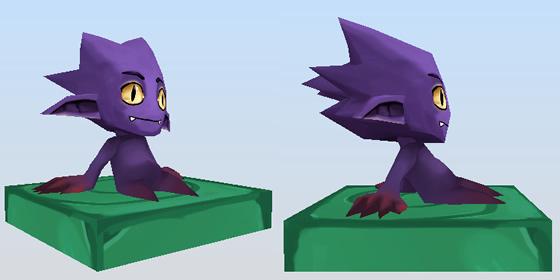 Ready to pledge? Here’s a sampling of what you can get. For $5, you’ll pre-order a copy of Chuck’s Challenge 3D for the PC or Mac, plus you’ll receive either $10 in in-game credits or the full game, depending on how the final title is sold. For $25, you’ll receive pre-release access to the game, and a digital copy of the game’s soundtrack. For $50, you can become a beta tester via Facebook. For $100, you’ll receive a hardback, full-color book that documents the evolution of the game’s characters. For $500, you’ll get a 3D print figure of Woop. And for $5000, you’ll be credited as the game’s “Principal Founder,” you’ll get to see yourself rendered as a 3D cartoon character, and you’ll get to have lunch with the project leader closest to your side of the world (UK or the US).

If you’re passionate about puzzles–and if you’re not, what’s wrong with you–visit the Kickstarter page for Chuck’s Challenge 3D.

Big Fish Games One Day Sale: buy one get one free