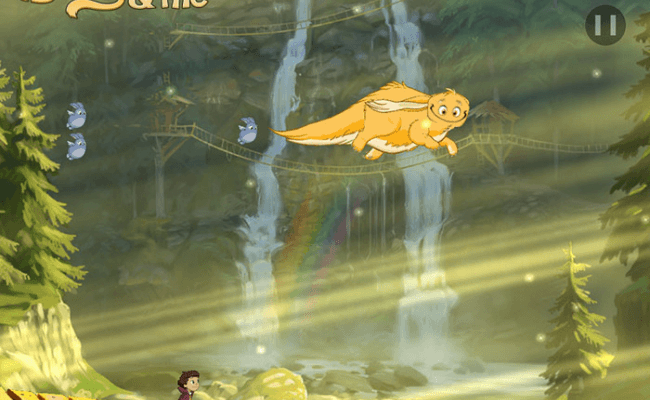 Having played a lot of endless runners in my day, it takes a lot for a new one to impress me. Gorgeous visuals sometimes do the trick, but typically it’s the inclusion of a unique gameplay mechanic that inspires me to give a new runner a shot. As it so happens, the upcoming Buddy & Me is home to gorgeous visuals and gameplay that deviates from what we typically see in the genre. More importantly, however, it’s also home to tree houses. Lots and lots of tree houses.

Buddy & Me is a game about the friendship between a young boy and a magical flying creature named Buddy. The two spend each night dashing through a surreal, woodsy environment, the goal being to travel as far as they can before the boy awakens.

This friendship plays a pivotal role in the gameplay of Buddy & Me. Buddy is always on the lookout for danger, and will do what he can to help out when necessary. If a sudden large gap appears, for example, Buddy may allow the boy to swing across using his tail, or possibly use his belly as a trampoline. I’d have to imagine neither of these things feel great for Buddy, so good on him for letting it happen.

Sunbreak Games is located in the pacific northwest, and the many forests, lakes, and other scenic locations in their neck of the woods heavily informed the visual direction of the game. There are Douglas firs as far as the eye can see, as well as the occasional waterfall or rainbow. And going back to the aforementioned tree houses, the entire game takes place on top of one. 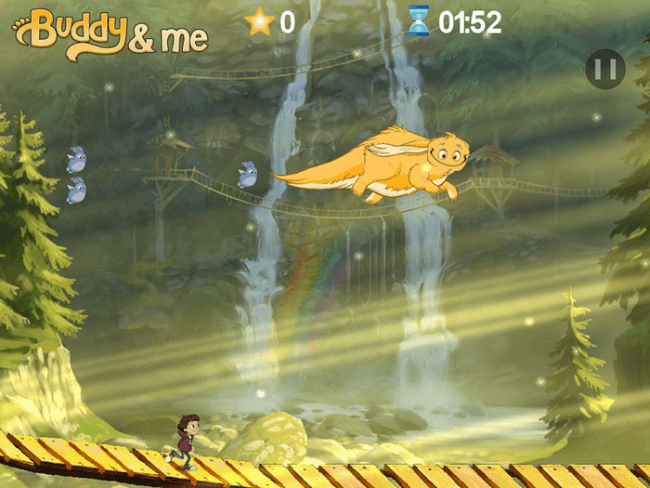 If you think about it, this is a wonderful example of what makes video games so great. Think you’d ever see a miles-long tree house in a movie or TV show? Not a chance.

Buddy & Me has all the makings of a solid endless runner. Problem is, Sunbreak Games needs $40,000 to finish it up. Those who pitch in to the Kickstarter campaign can receive items like signed postcards, soundtracks, shirts, the game itself, and more. If you’re an iOS or Android owner on the prowl for a new runner to pass the time, I’d say it’s worth giving the campaign a look.