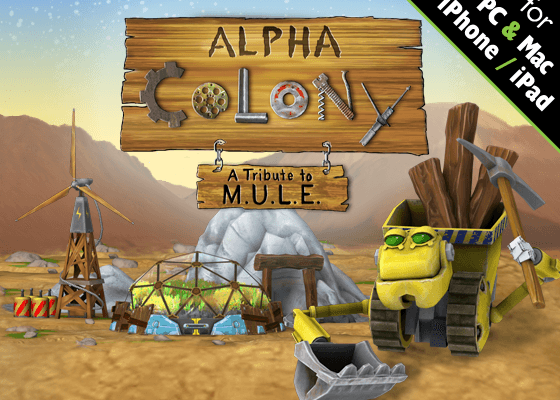 Remember M.U.L.E? It’s alright if you don’t. The classic sci-fi economy sim, designed by Dan Bunten and produced by Electronic Arts, is nearly a whopping thirty years old. Eons ahead of its time, M.U.L.E would go on to inspire classic simulation series’, including Civilization and Sim City.

Whether you were there to witness M.U.L.E for the first time, or simply want to get a modernized look at how it felt to experience nearly three decades ago, the Alpha Colony Kickstarter will be able to fulfill both desires. Why? Because it’s not one, but two games!

The main course is the titular Alpha Colony, a 3D reimagining of M.U.L.E that mixes modern graphics, Settlers of Catan gameplay elements, and Words With Friends social connectivity. The team, set in Boulder, CO, has both the creative license and the cooperation of the original creator’s family.

In addition, Alpha Colony will be shipped with M.U.L.E Returns, an iOS and Android port of the original title with updated 2D artwork. Want to see what the original game is all about without having to squint for pixels? This version is perfect for you. 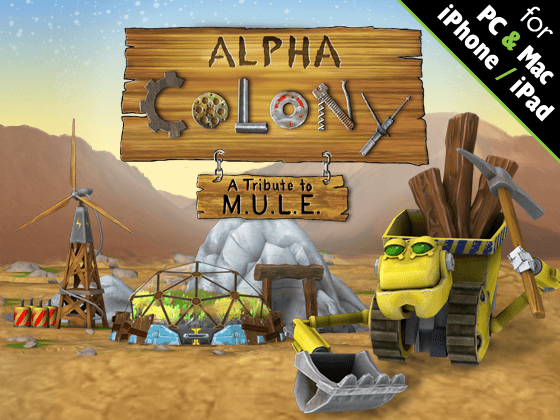 The Kickstarter is asking for $500,000, a pretty steep cost, but DreamQuest is adamant about delivering a quality product that matches the excitement and depth of the originals.

“There have been several attempts at remaking M.U.L.E in the past and tey have always been on the cheap,” they explain. “[We] really want this game to shine an give the creator’s family and the fans something as awesome as the original game was”. 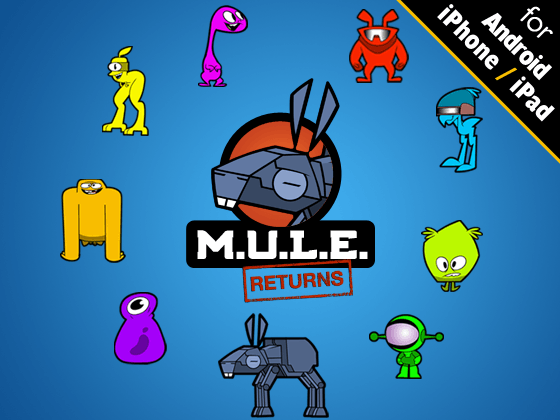 With dozens of reward tiers, there’s something for everyone. $10 gets the digital version of Alpha Colony for iOS, while $25 gets both titles and a soundtrack. Deeper prices offer access to the beta, a documentary, keychains, boxed editions of the games, in-game design input, and more.

Want to see a classic get revived in two completely separate ways? Check out Alpha Colony and see if you can help them on their prestigious $500,000 goal.