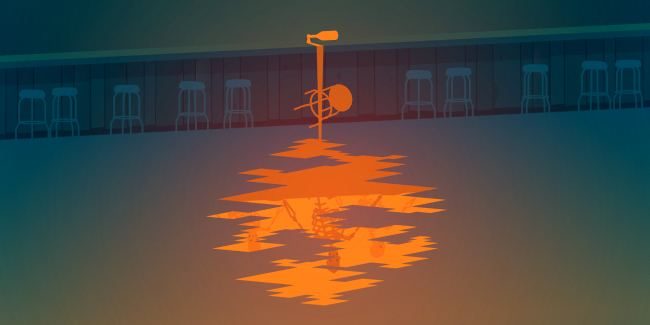 We love Kentucky Route Zero here at Gamezebo. Love love. It was our pick for 2013 Game of the Year, and that was based solely on the first two acts (of a planned five). And like most fans of the game, we’ve been waiting for Act III to surface so that we can continue the story. And it’s been a long wait. Act II was released at the end of May 2013.

So what’s the hold up?

The developers at Cardboard Computer recently took to their blog to explain the situation, reassuring everyone that development is coming along swimmingly (and when it comes out, it will have been worth the wait):

“We publicly announced release dates for Act I and II, and in both cases those dates slipped, which is not at all unusual in videogames or other creative projects. But, all the same, it was pretty demoralizing to miss deadlines, and the barrage of negative attention that followed made it only more difficult to focus on work. More importantly, we’ve learned that our process is quite exploratory, experimental, and unpredictable anyway.

“It’s crucial for our work that we reserve the right to throw things away, rework things as necessary, and allow the project to grow organically. Regularly, scenes that we imagined would be very simple and small-scale bloom into something much more complex as we work on them. In short, it’s difficult (or impossible) to really know what you’re working on until you’re really working on it, and it’s important to us that we err on the side of respecting the game rather than the timeline.”

The blog post also goes on to explain that Act III will be “significantly more involved” than the first two acts, and that some of what they’re doing is even larger in scale than they’d originally planned. “It may be unusual, but this is how we work; this is how a game like Kentucky Route Zero gets made.”

Act III will be ready when it’s ready, folks, and not a minute sooner.

The real reason Flappy Bird is gone: you wouldn’t stop playing it