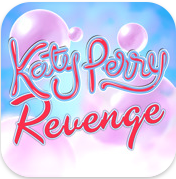 Each week hundreds of new games hit the App Store, vying for your dollars. Join us every Friday as we sort through the pile and let you know which games should be on your radar. This week’s releases include an Indiana Jones-inspired survival game, the first licensed NHL hockey iPhone game, a few games of feudal Japanese strategy, and more!

Off-road and on iPhone: An interview with 2XL Games’ Rick Baltman